Back to 1st Pfizer shot before I report on the 2nd Pfizer shot.... After 43 days from my 1st shot I still have a raised shot site that looks like a mole on my arm. It is red at the bottom with what looks like a scab on top. I contacted my doctors concerning the 1st shot and they all agreed that I had a cytokine storm of inflammation from the 1st shot due to the medical issues I have causing inflammation already in my body. The fatigue with random nerve jabs never went away before my 2nd shot 4 weeks later but the swelling is down by weakness remains in wrist. At the 2nd shot I pulled up the sleeve hiding the first vaccination site BY MISTAKE from nerves. That caused much drama with the hospital calling a doctor to confer with me about whether I should get the 2nd shot. On the third day after the 2nd shot I've had Vertigo both positional and ocular. I'm still fighting the Vertigo 15 days after 2nd shot. Technicians working with me say they have had several patients come in after 2nd shot with Vertigo. I'm happy to have the vaccinations but I'm hoping my life can get back to normal someday. First shot - March 18th and 2nd shot April 15th. Still trying to recover.

“I am a woman in her 50's and I received the J&J vaccine on Monday 05.10.21 felt good right after arm a bit sore. The next day pretty fatigued low grade fever. See Less”

“big welt in arm at injection site, sore for at least 5 days, immediately had enormous headache, took alieve for 2 days then it went away. Had bouts of hot and cold and was slow moving for at least a week. See Less”

“10/30/2020--- Our members are scared for themselves and their patients and they are deeply troubled by the perceived lack of a clear plan to control this outbreak. For example, our members and WSNA have asked the hospital for its plan to test employees and patients - so far, no one in hospital admin... See Moreistration has been able to articulate a clear testing strategy, even for those employees who work on the two units where infections have occurred. Exposed nurses are being asked to continue working until a test returns with a positive result - meaning some nurses who are now testing positive have been continuing to work, exposing patients. We are concerned the CHI has not been following CDC guidance nor the September Hazard Alert, including practices such as allowing visitors to go unmasked. CHI's failure to protect its employees has now resulted in outbreaks at two of the system's hospitals.

“Hazard: Confirmed case of covid they have not told residents, have hidden it and not taken precautions to protect employees or residents. Location: Vue 25 apartments, office, common areas of the property.

“Alleged Hazards: - Employer is not enforcing 6 feet social distancing between children and staff - Employer is not enforcing the public masking guidelines, i.e. children are not wearing masks while in proximity to employees - The employer has not given out guidance on proper cleaning protocols - Chi... See Moreldren are arriving to school without their parents having completed the health questionnaire, staff could be exposed to COVID-19 positive student without knowing. - Children are not required to wear masks on the playground and are getting within 6 feet of staff unmasked.

“: employer not enforcing the use of face mask as per the governors orders, employee getting and don't get sent home, no satiation of machines after each use. going through change in management and letter was found in someone's mail box that is no longer there

“I received a phone call regarding concerns with the covid-19 response. The caller said he was a customer and did not want to give his name. He said that there are signs requiring the wearing of masks. However, he said that is isn't being enforced. Employees in the tire shop aren't wearing masks.... See MoreSource: Osha.gov | Receipt Date: 2021-02-08 See Less”

“Players and Staff not wearing Masks

“This food establishment was temporarily closed after a customer tested positive for COVID-19 and an employee who came into contact with the customer also tested positive.

“The same still saw scam as the other people on here. Same ad. It states $19.99 for that day and I ordered it. I also got the little manual wire saw. It said saw and accessories. It really hurts people on a fixed income. I hope they are proud of themselve See Less”

Hospira’s assessment of the potential risk to patients concluded that in rare instances the use of the impacted product can be associated with potential adverse events such as anaphylaxis, fever,    gastrointestinal disturbances, vein irritation, localized vein inflammation, phlebitis, end-organ granuloma, tissue ischemia, pulmonary emboli, and infarction.

To date, Hospira, Inc. has not received reports of any adverse events associated with this issue for this lot. Sterile Water for Injection USP is a sterile, nonpyrogenic preparation of water for injection which contains no bacteriostat, antimicrobial agent or added buffer and is supplied only in single-dose containers. This parenteral preparation is indicated only for diluting or dissolving drugs for intravenous, intramuscular or subcutaneous injection, according to instructions of the manufacturer of the drug to be administered.

The NDC, Lot Number, Expiration Date, and Configuration details for Sterile Water for Injection, USP, is indicated in the table below and a photo of the product can be found at the end of this press release. The product lot was distributed nationwide to wholesalers/distributors/and hospitals in the United States from October to December 2020.

Hospira, Inc., places the utmost emphasis on patient safety and product quality at every step in the manufacturing and supply chain process. Hospira, Inc. has notified wholesalers/ distributors/hospitals by letter to arrange for return of any recalled product.

Wholesalers, distributors or hospitals with an existing inventory of the lot, which is being recalled, should stop use and distribution and quarantine immediately. If you have further distributed the recalled product, to the wholesale or hospital level/institution, please notify any accounts or additional locations which may have received the recalled product from you. Hospitals/Institutions should inform Healthcare Professionals in your organization of this recall. For additional assistance, call Stericycle at 1-800-805-3093 between the hours of 8 a.m. to 5 p.m. ET, Monday through Friday.

Healthcare Professionals with questions regarding this recall can contact Pfizer using the information in the link below. 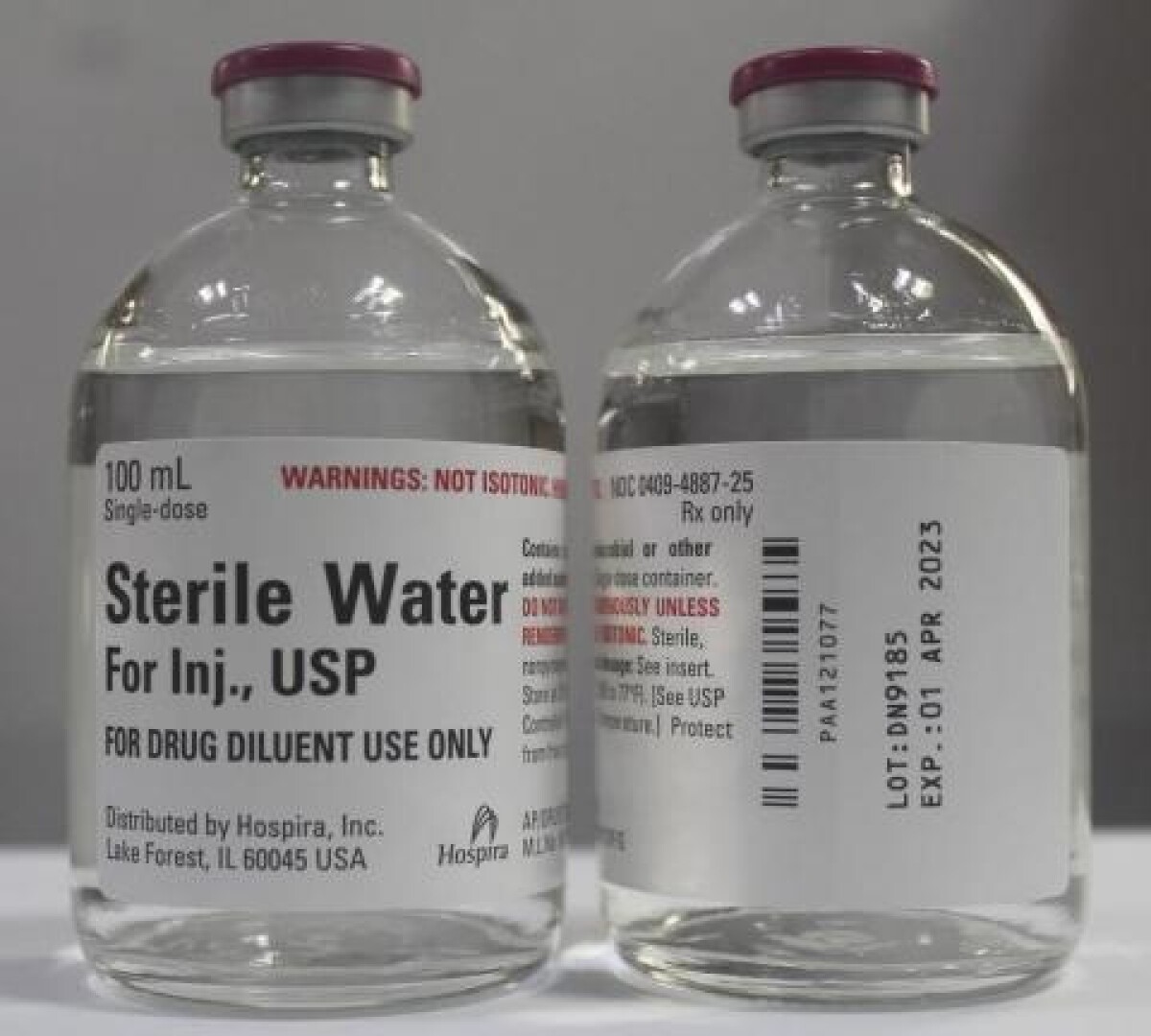 “Amphitrite technology: I ordered a steel battery powered chainsaw as advertised on Facebook but instead I received a commando wire saw that works manually these people are scammers they got me for $27.85 the advertisement is misleading bastards. These people are crooks I wonder how many other four g... See Moreuys got scammed See Less” 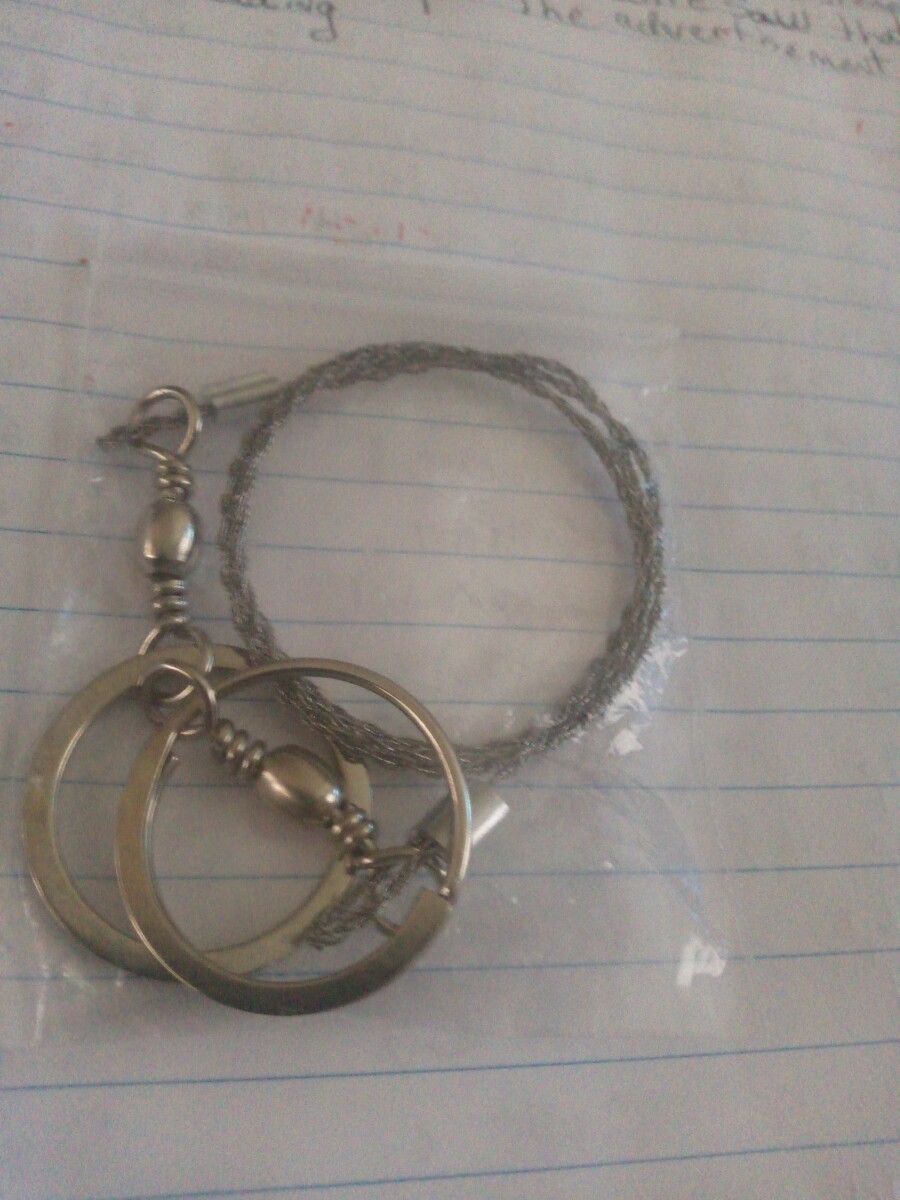 I have not received the product, Fort Myers, FL, USA

“I ordered two of the Outdoor orange saws off of fb on March I have not received either one. Invoice #489-10127461
Transaction # 1ym4274N33939154. I really need them as they were gifts. One of them was my husband's birthday present at the end of March They were ordered early and they removed t... See Morehe money from my account March 6, 2021. They still show them on FB. They also sent that email to me. After checking with others, information is not correct. Never delivered. See Less” 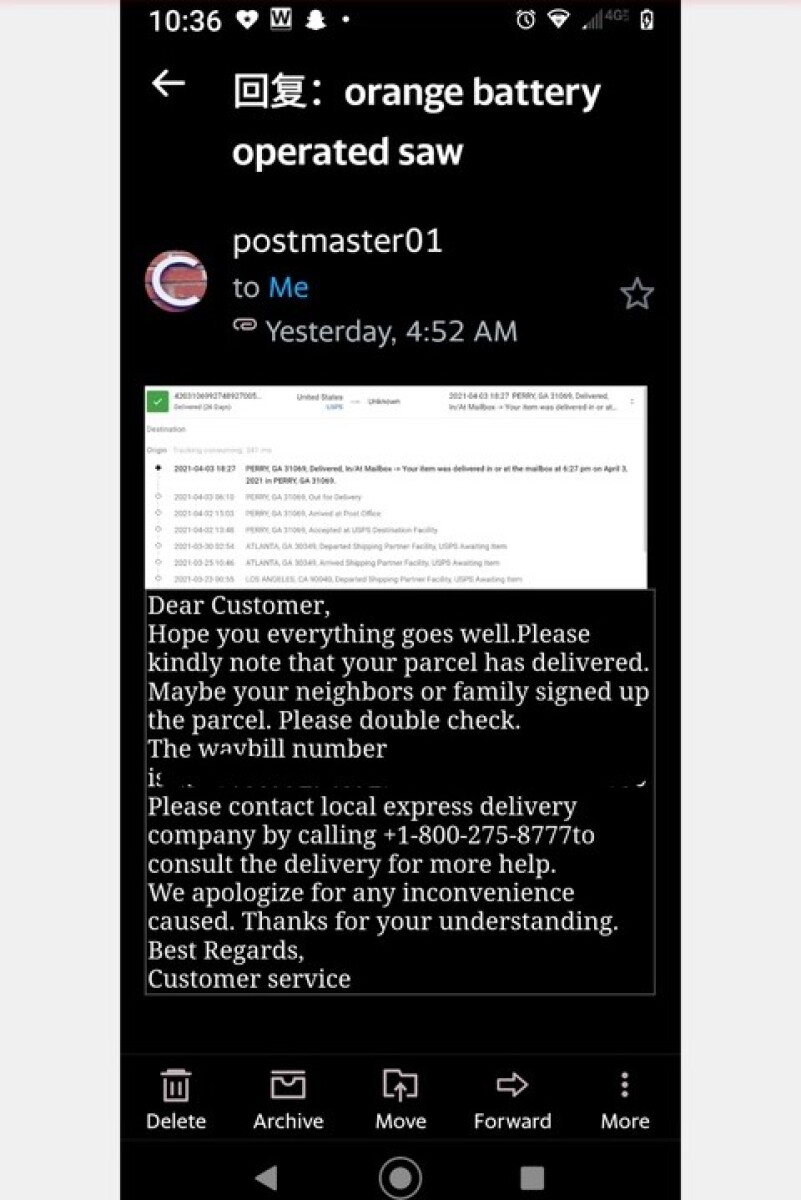 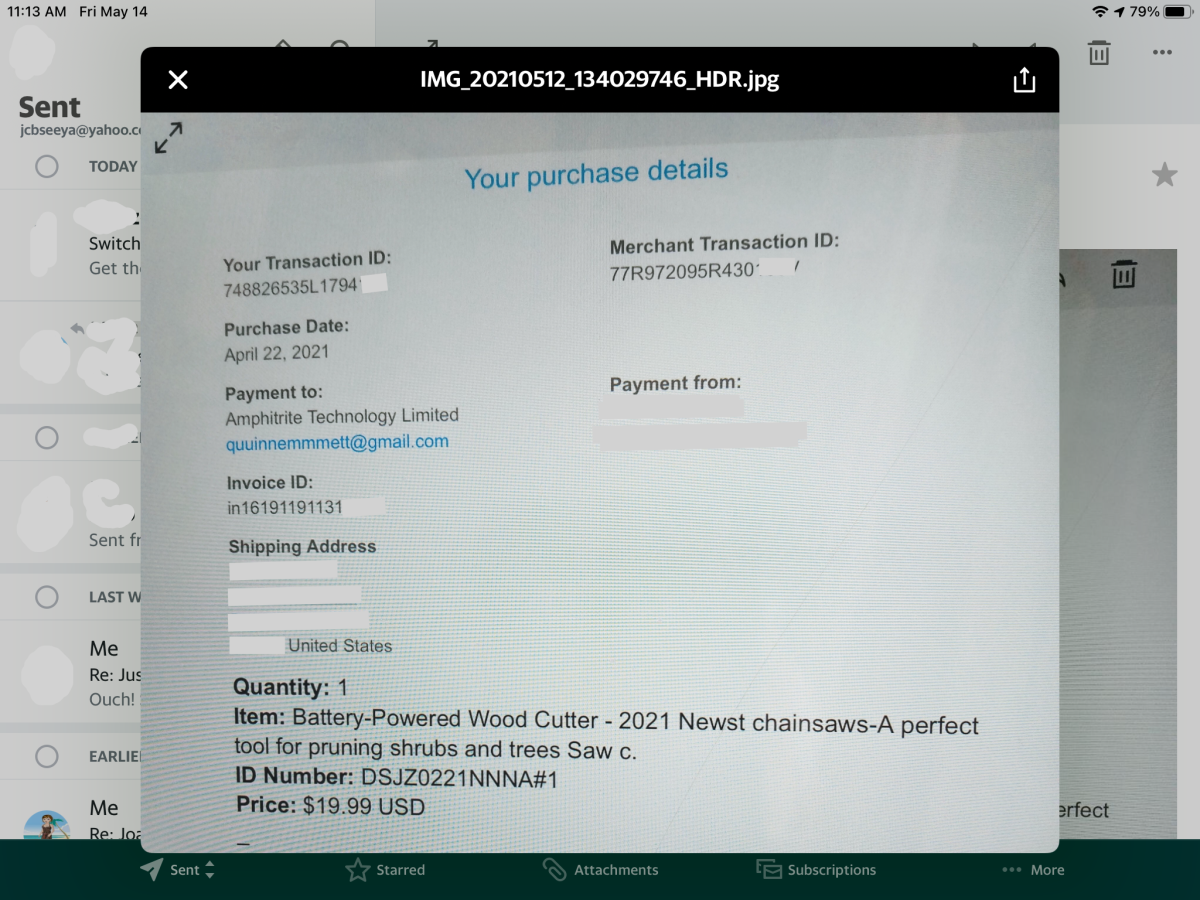 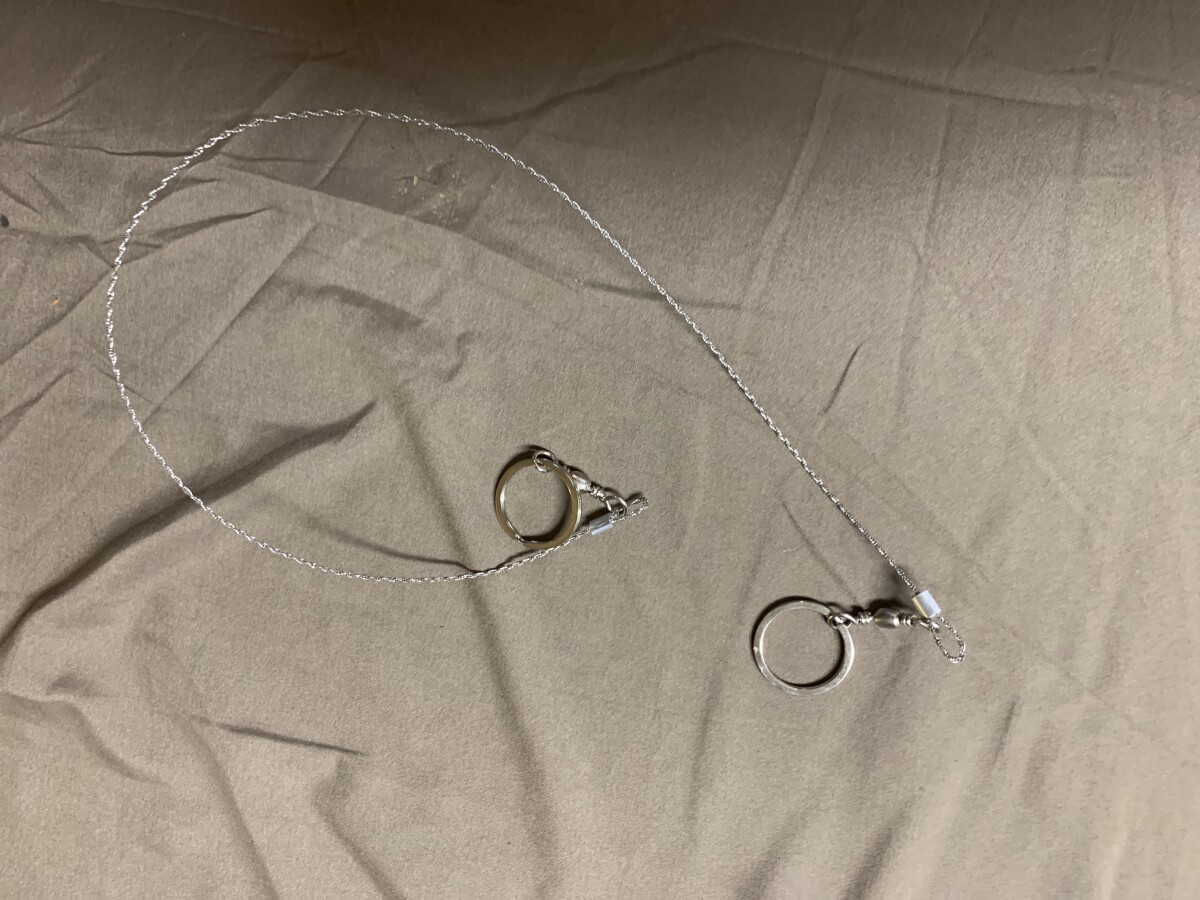 Risk Statement: Substantial methanol exposure can result in nausea, vomiting, headache, blurred vision, permanent blindness, seizures, coma, permanent damage to the nervous system, or death. Although all persons using these products on their hands are at risk, young children who accidentally ingest the products and adolescents and adults who drink the products as an alcohol (ethanol) substitute are most at risk for methanol poisoning.

To date, the company has not received any reports of adverse reactions related to this recall. These products are used as hand sanitizers and marketed to help decrease bacteria on the skin when soap and water are not available. The affected bottles of hand sanitizer include a twelvedigit lot code printed on the bottle near the base.

The products can be identified by the label, scent, and lot code provided in the table at the end of this release. These products were distributed nationwide in the USA through S.E.N.D. LLC and its customers (Click in the link below Table 1). Products labeled as ProtectoRx Hand Sanitizer were distributed in Puerto Rico through PR TRADING LLC and its customers (Click in the link below Table 2.). Dibar Nutricional S. de R.L. De C.V., has notified its direct distributors by a letter with confirmatory email and asked that they remove the recalled products from commerce immediately if they still had any in inventory. Consumers, distributors and retailers that have the hand sanitizers which are being recalled should stop using, distributing and/or selling them and return them to the place of purchase.

Consumers with questions regarding this recall can contact our Commercial Offices, +52 443-314-5369, M-F, during business hours 9:00 a.m. – 6:00 p.m. ET and/or email us to QA@dibarlabs.com.  Consumers should contact their physician or healthcare provider if they have experienced any problems that may be related to taking or using this product. Adverse reactions or quality problems experienced with the use of this product may be reported to the FDA's MedWatch Adverse Event Reporting program either online by regular mail or by fax.

This recall is being conducted with the knowledge of the U.S. Food and Drug Administration. (Table 1. Lots distributed to S.E.N.D. LLC and its customers) 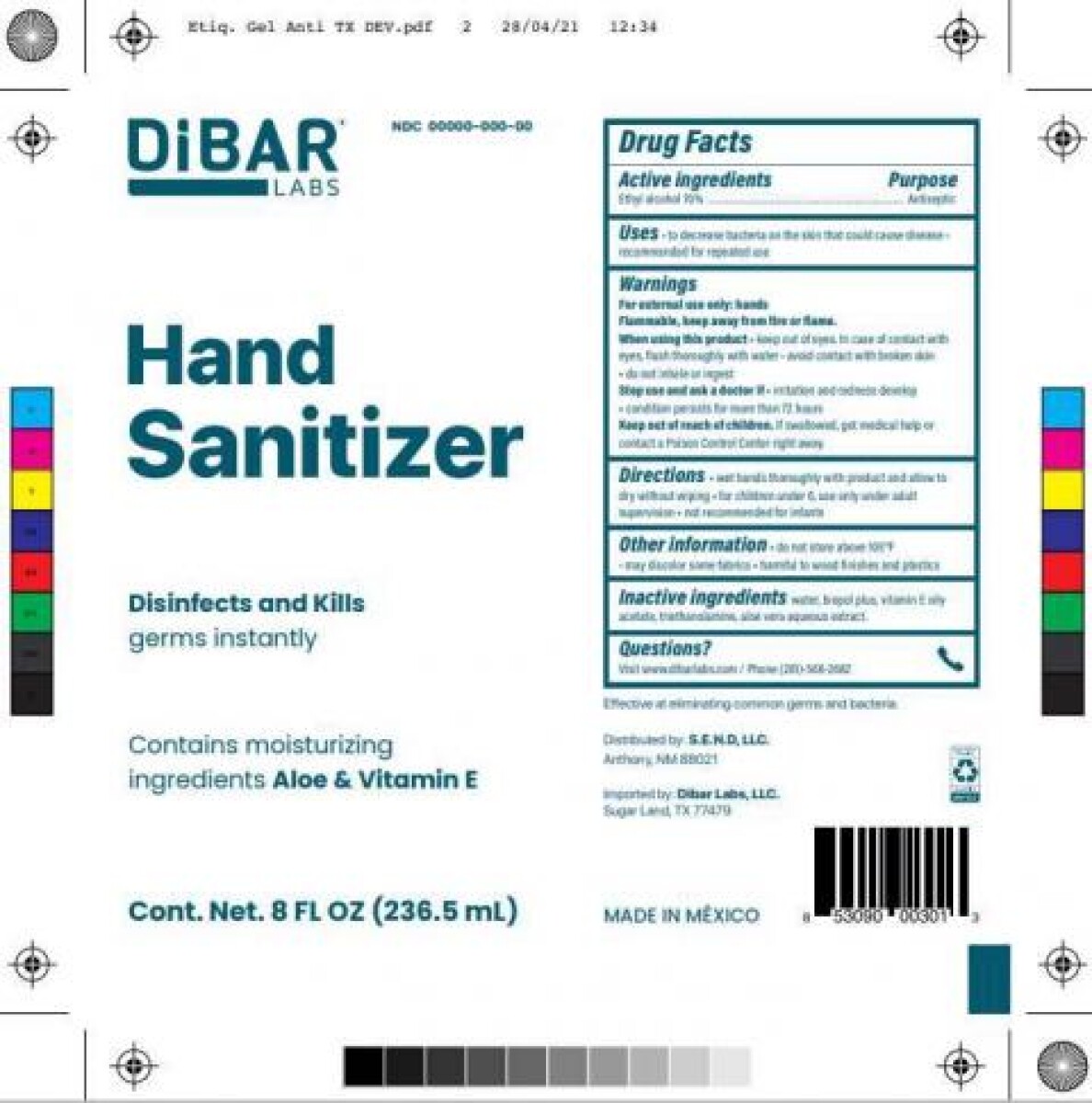 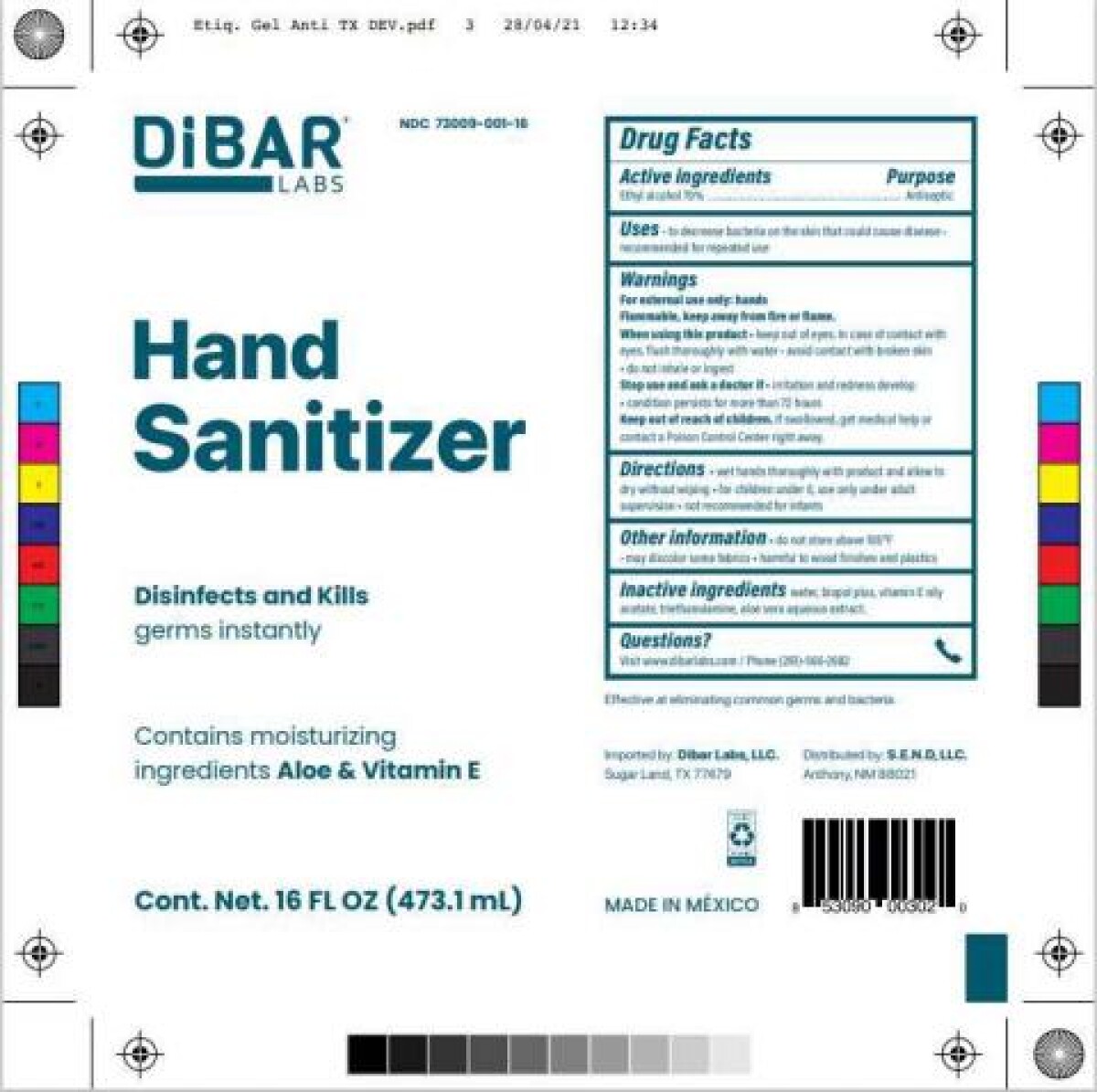 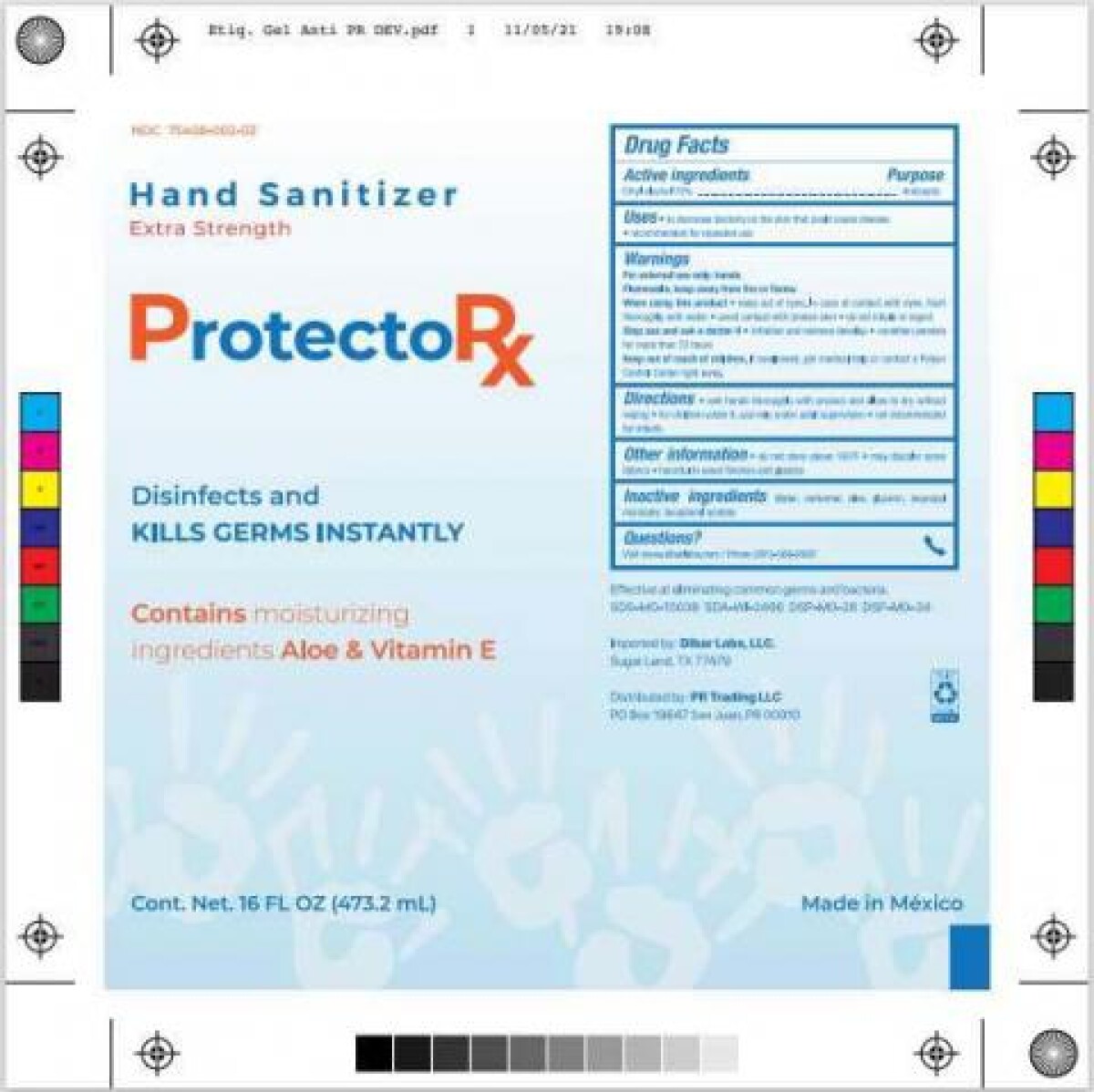 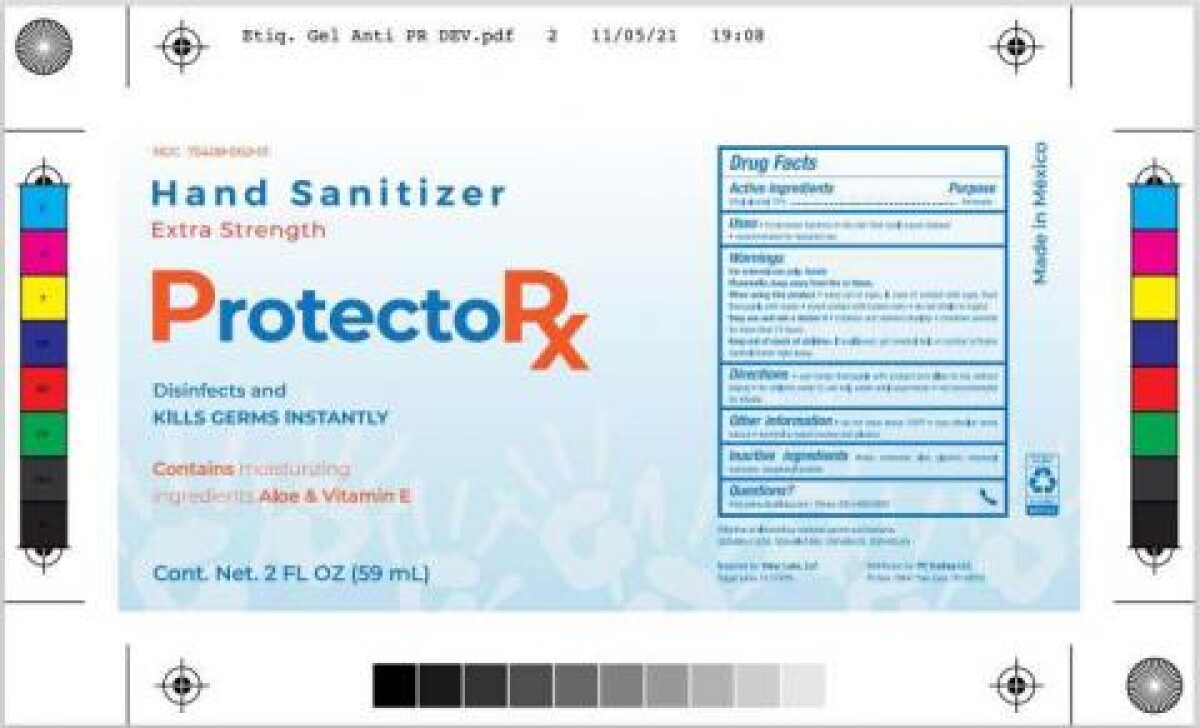 “I ordered the same chainsaw like many others.thru Facebook.
Purchase details
Battery-Powered Wood Cutter -
2021 Newst chainsaws-A perfect
tool for pruning shrubs and trees
Saw chain accessor
It supposedly shipped via USPS, however the what I presume number is bogus. See Less” 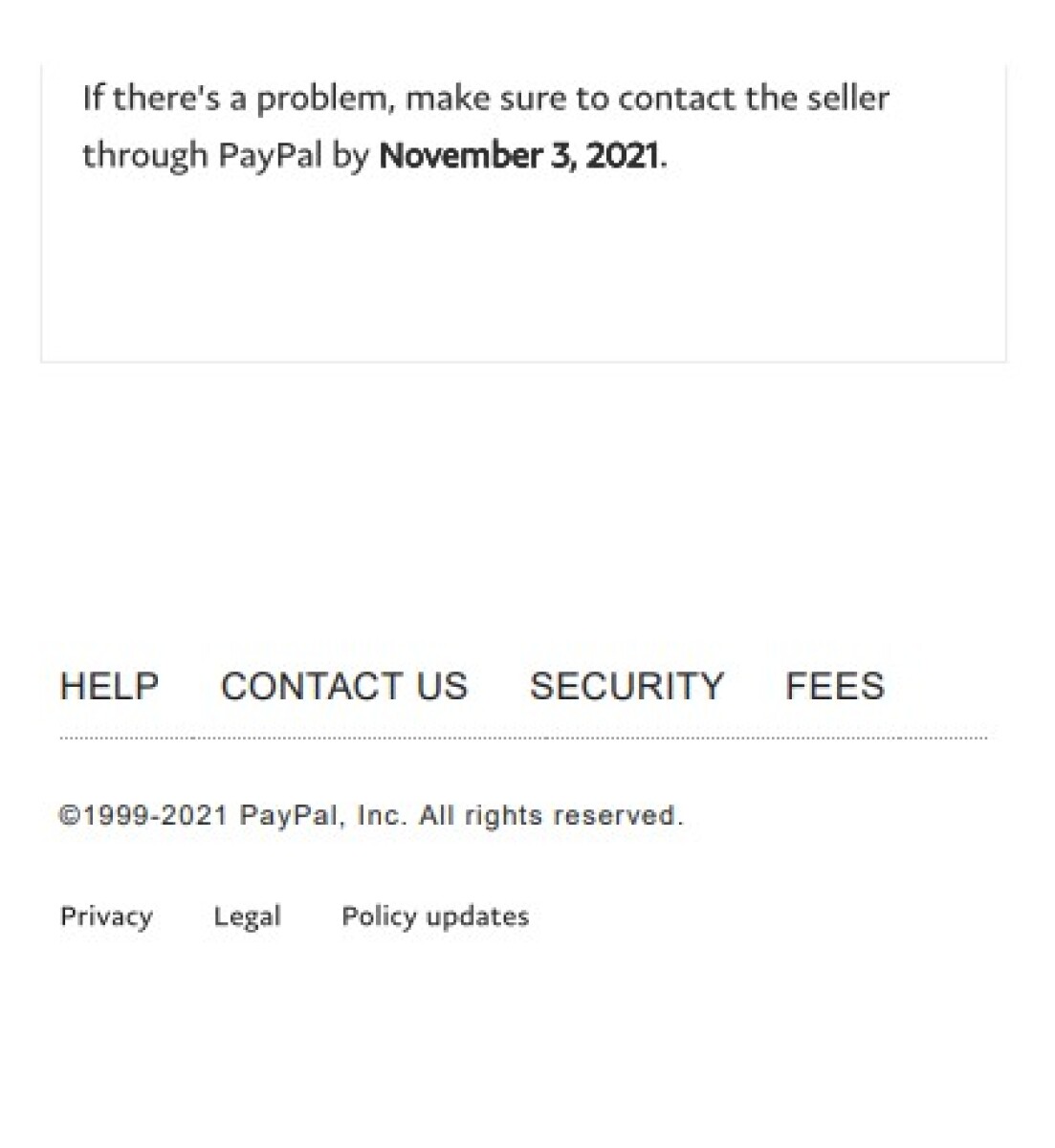 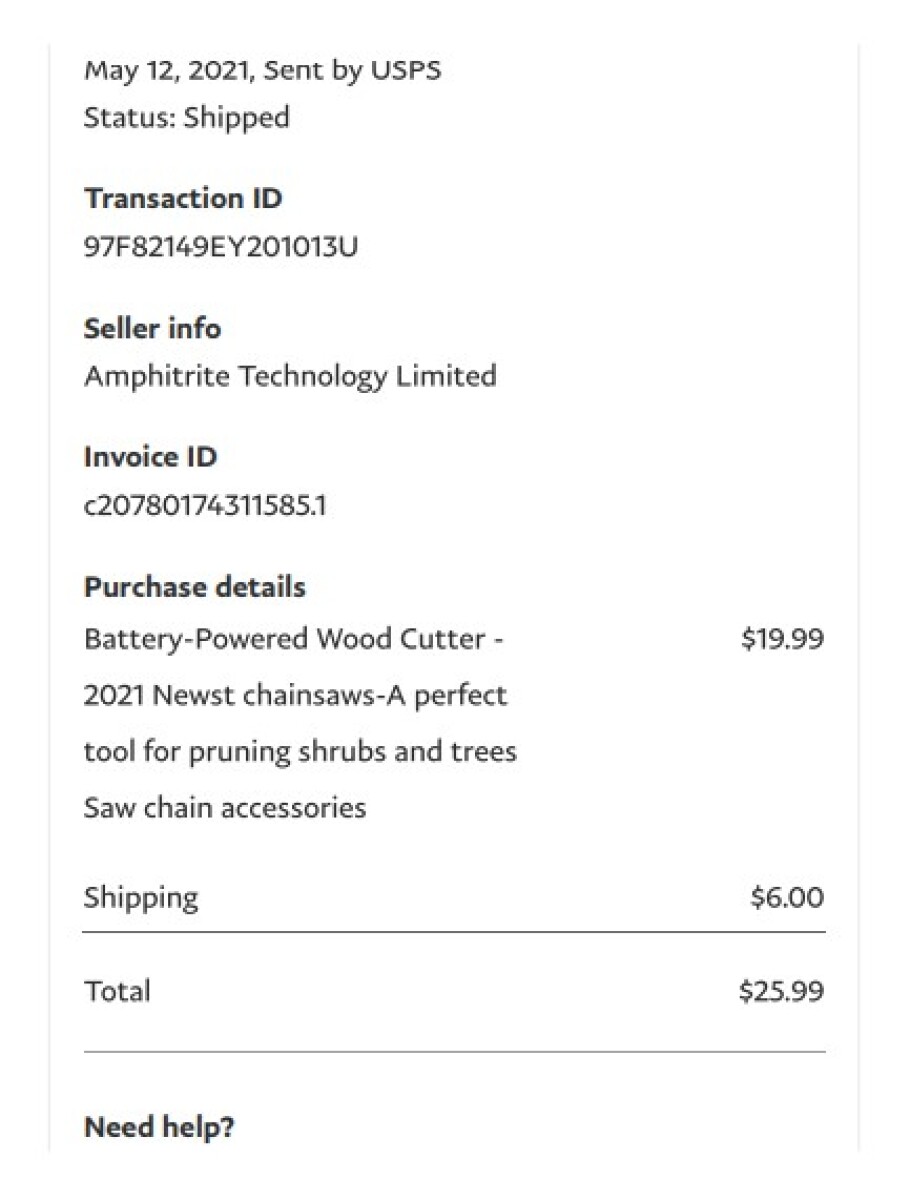 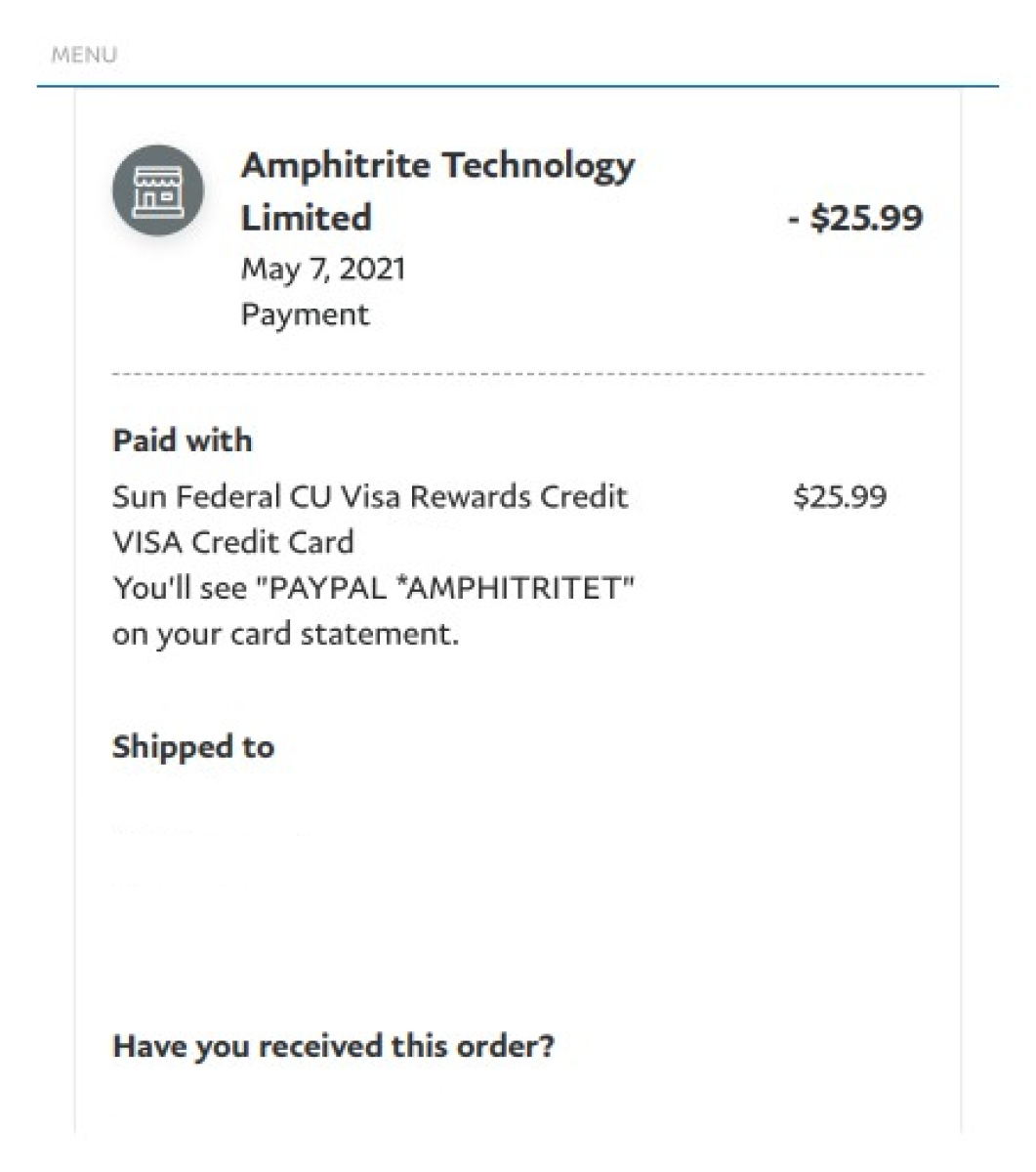 “I am having side effects. the left side of my mouth moves by it self, and air comes out. it did it back to back. my head and neck was hurting. also at times my beath stops for a brife second. these things never happened before. should i go to the hospital See Less” 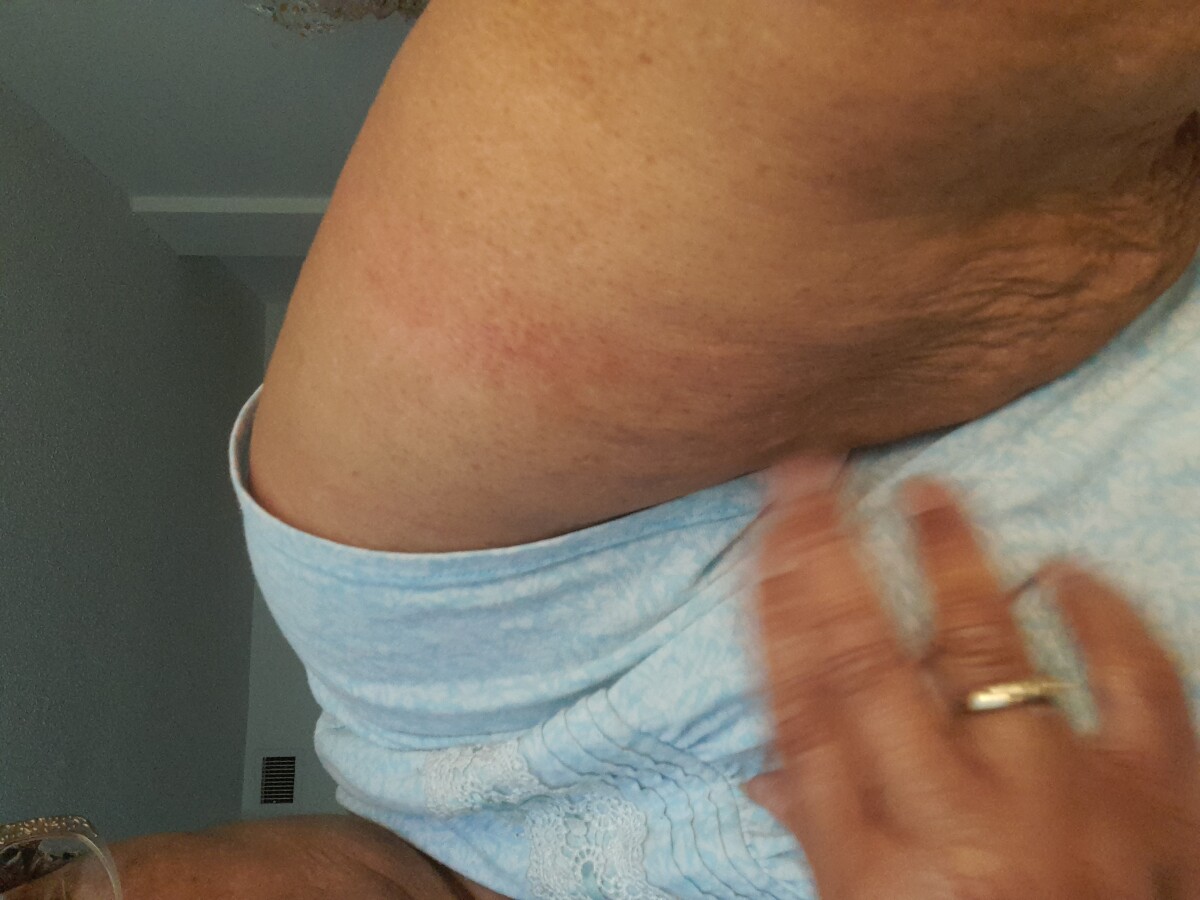 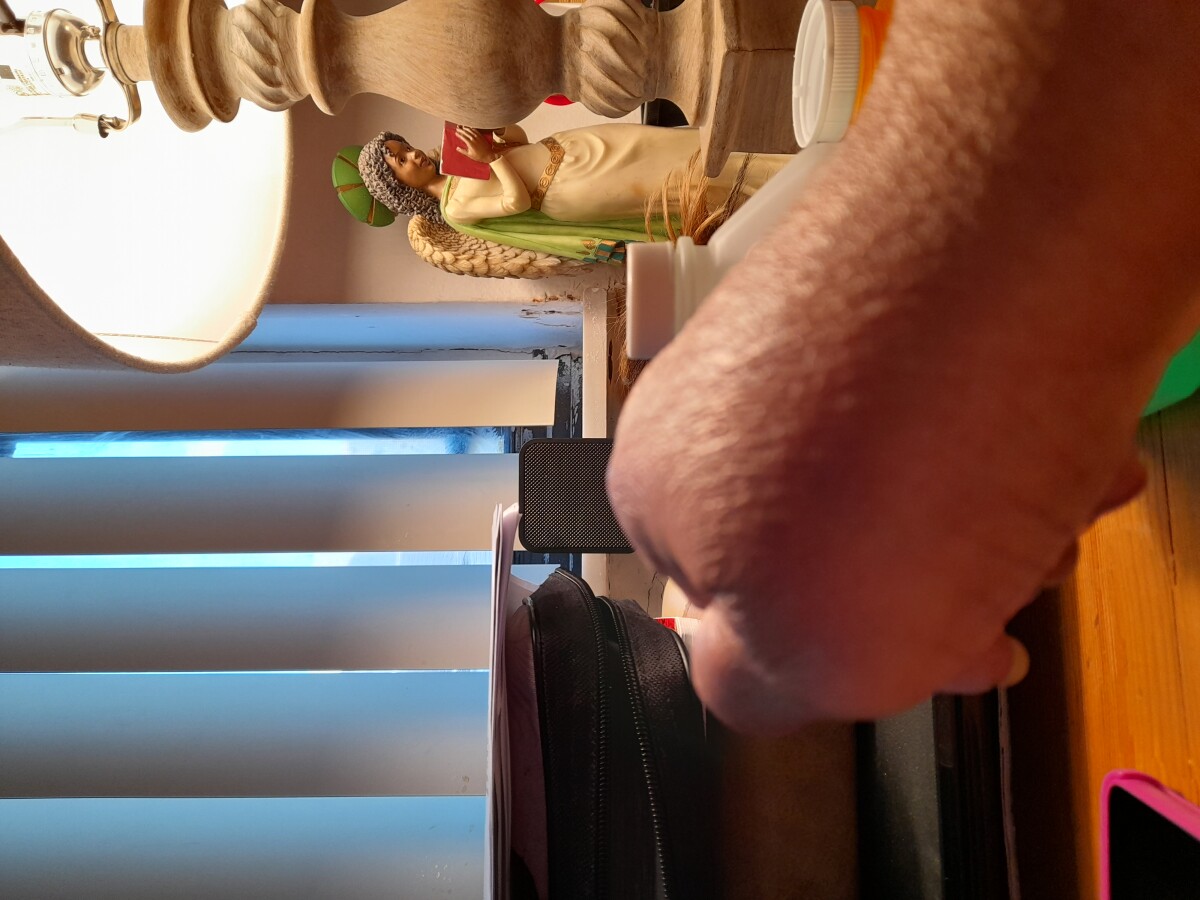 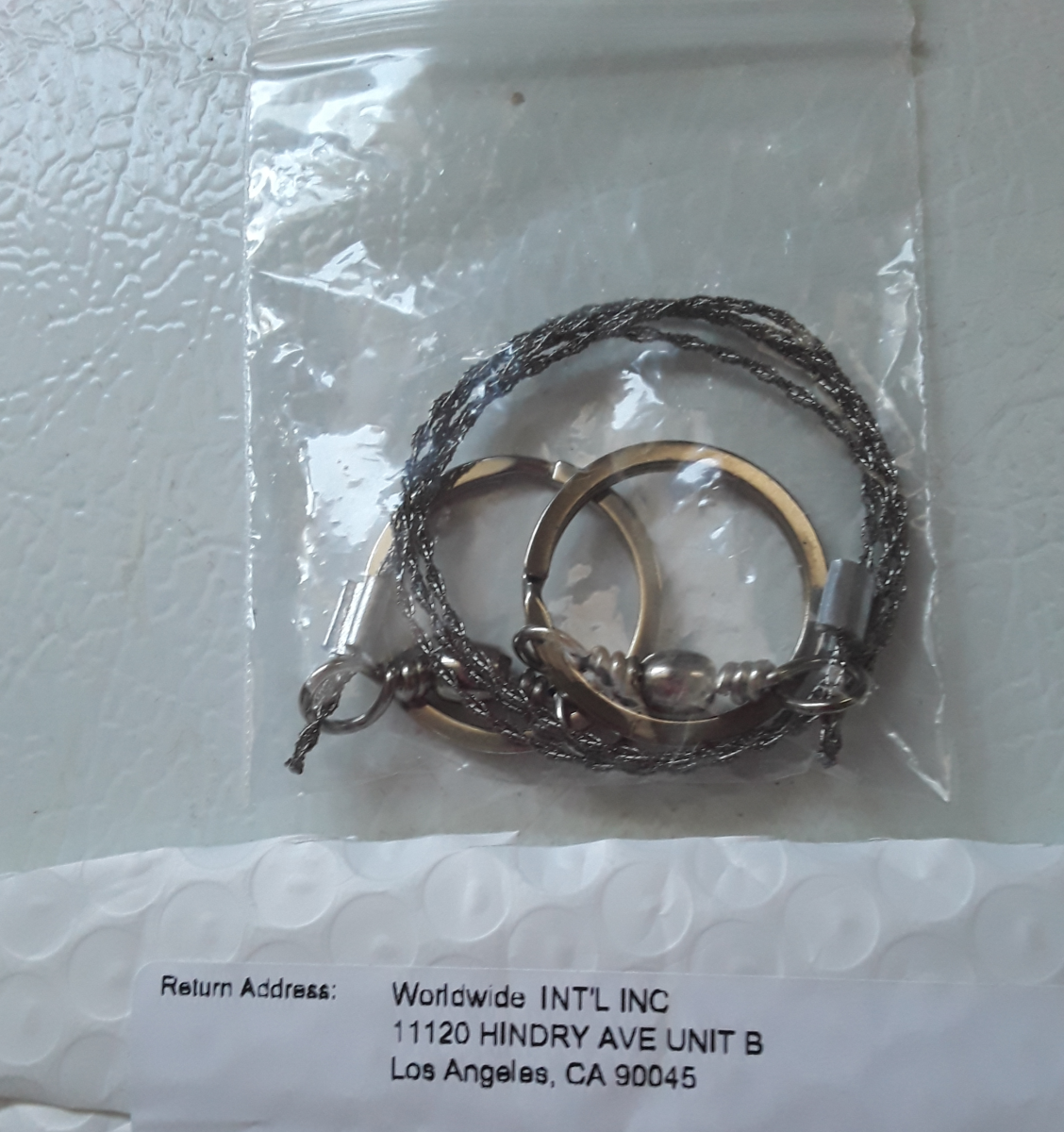