I ordered a bean bag and recieved 3 weeks later after fake tracking number given with it stating coming from China instead it us a US sent scam that I was charges for. Was sent a skarf.no where to contact deceived and want my money back 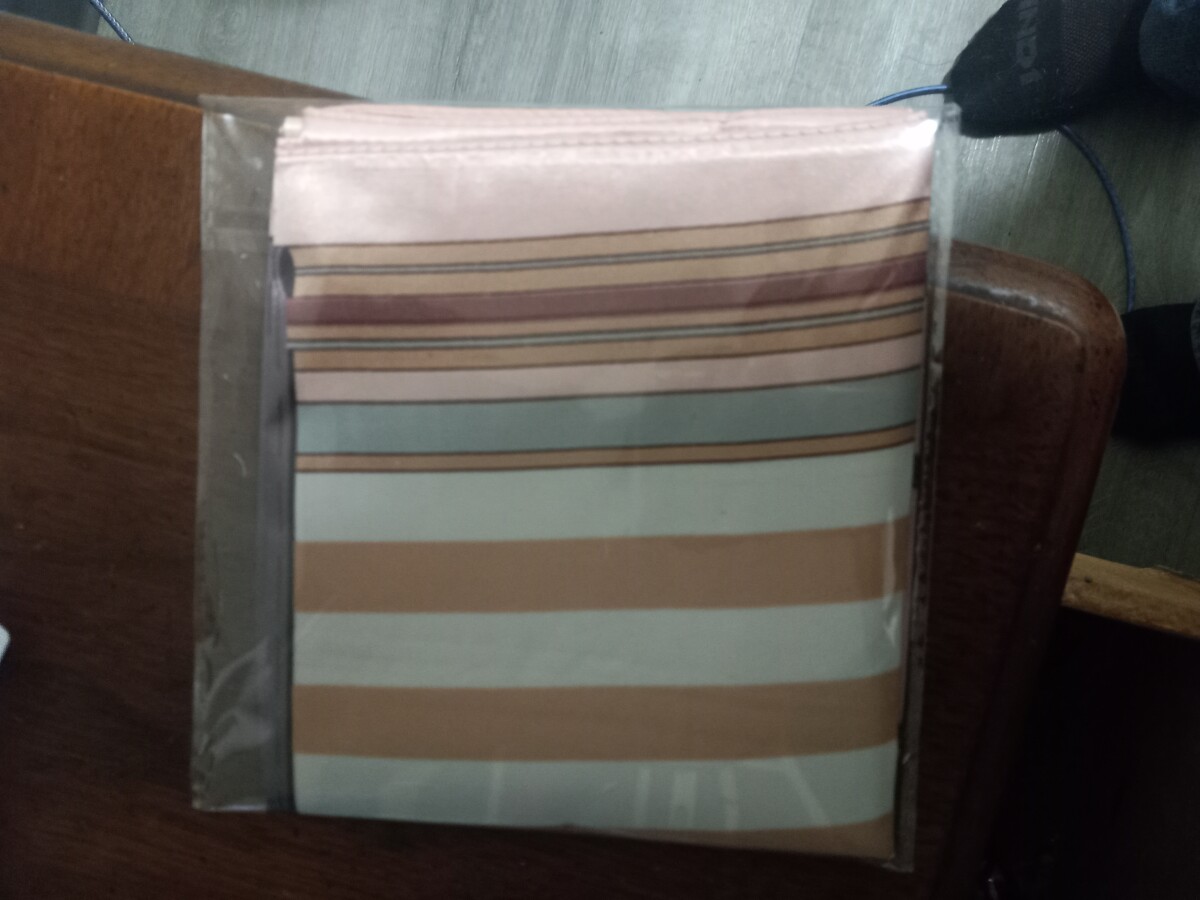 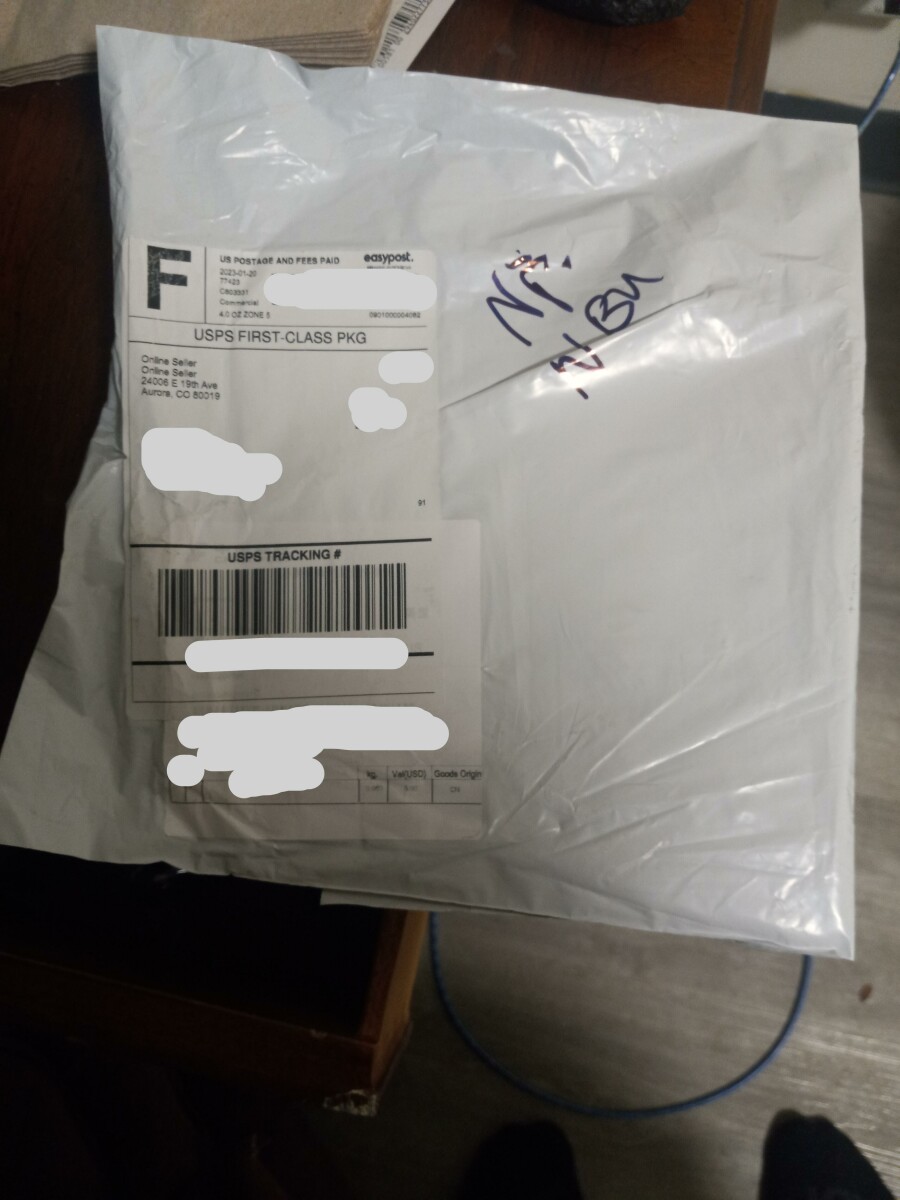 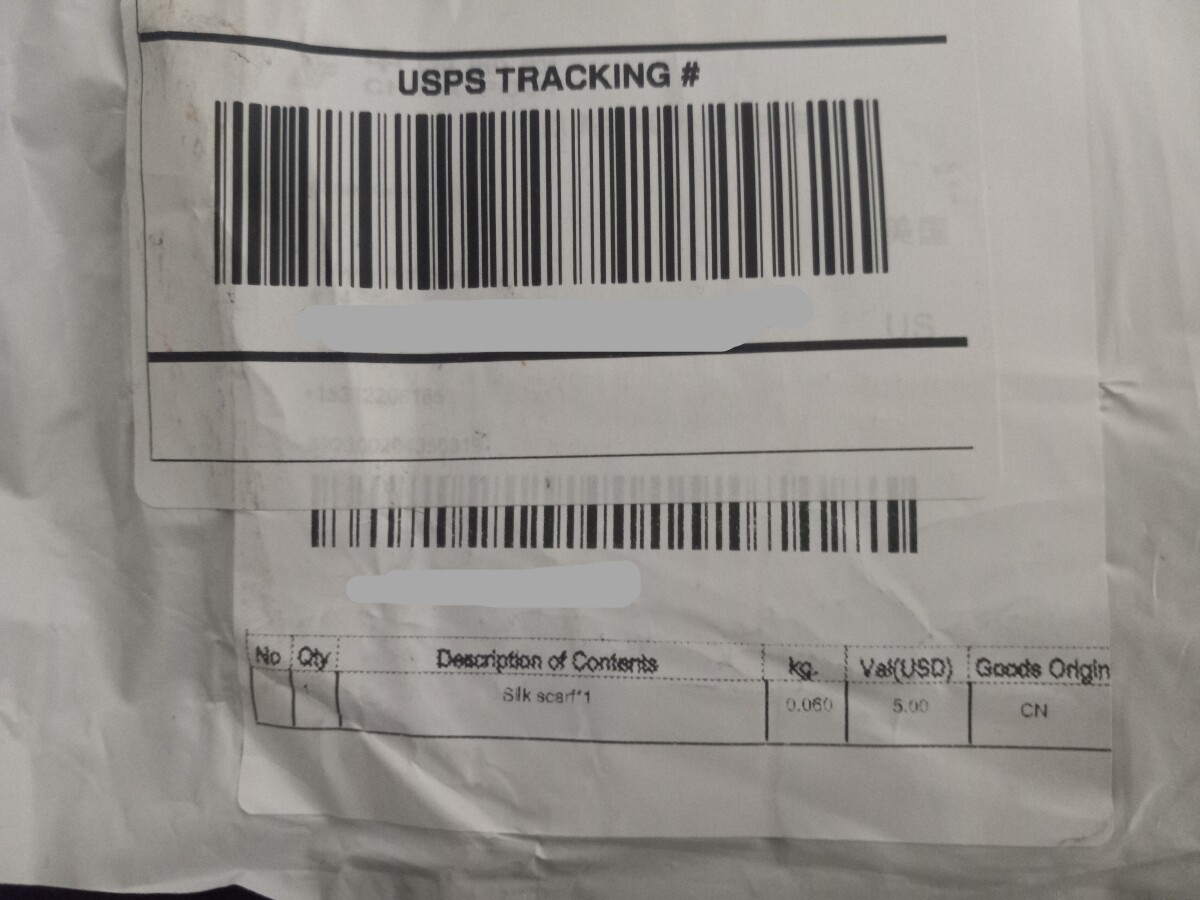 Wrong product sent
Ordered an initial ring for my granddaughter with a W . Received the letter g. No way to get ahold of them. See Less

I FOUND the ANSWER to where this ring has come from. I read all the messages left on this company and know what I ordered for me to get this ring. It was a face book add for very inexpensive nice cloths. I put in an order... See More to haralscun.com for over $70. In my email it is under US-HARN. And name they used is HK LINGTENG GROUP LTD LONDON IL. I ordered 21 items one month ago and yesterday day got the ring. I did a search of where is my package under my tracking # and it says my items have been received yesterday. I immediately called my credit card company I used and they put in a dispute. Make sure and put in your documentation so there will be no problem getting your money back. I will try to send a pic of my items and a pic of the ring I got. Their email is haralscun@vnntf.com See Less 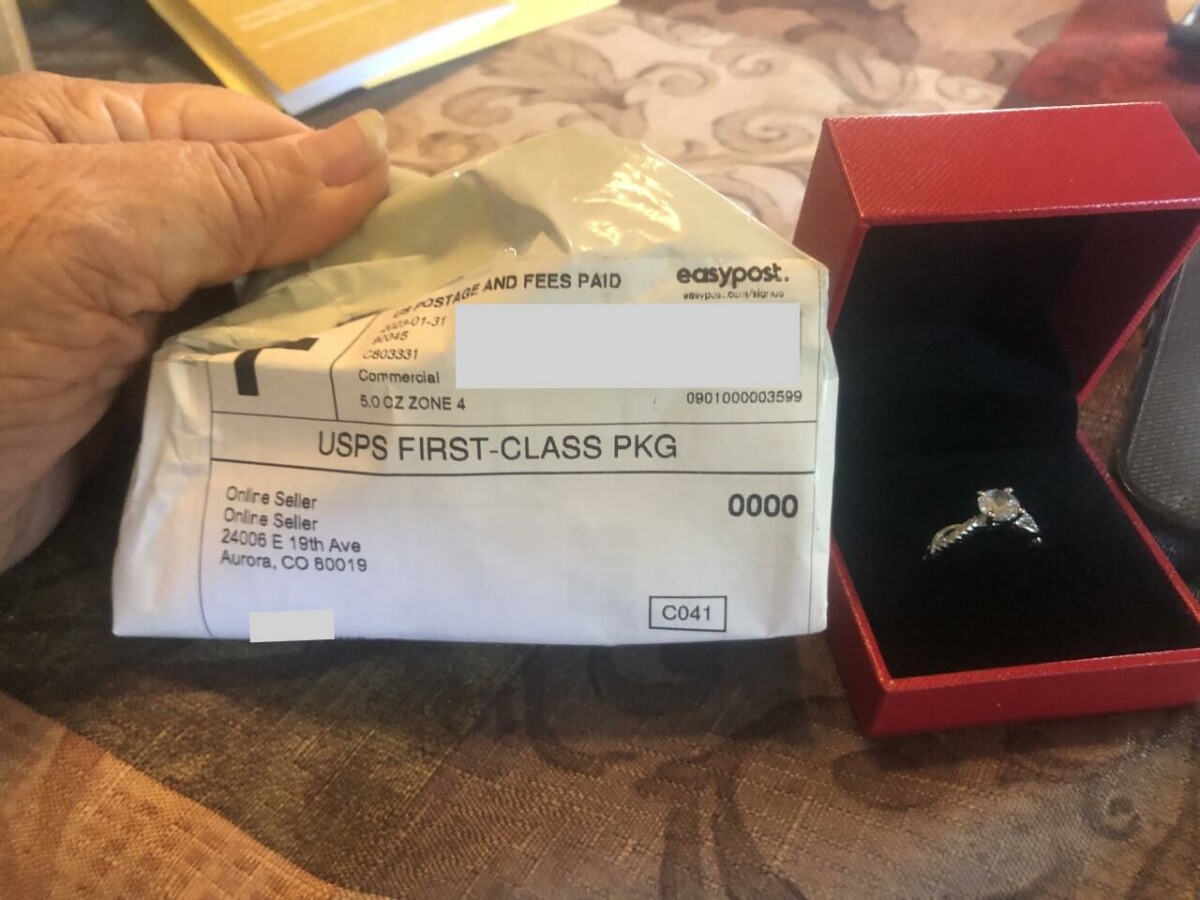 I received the angel wing spoon and fork as well from online seller, Aurora Colorado.
I did not order anything and received a cheap fork and spoon like the picture someone else posted. 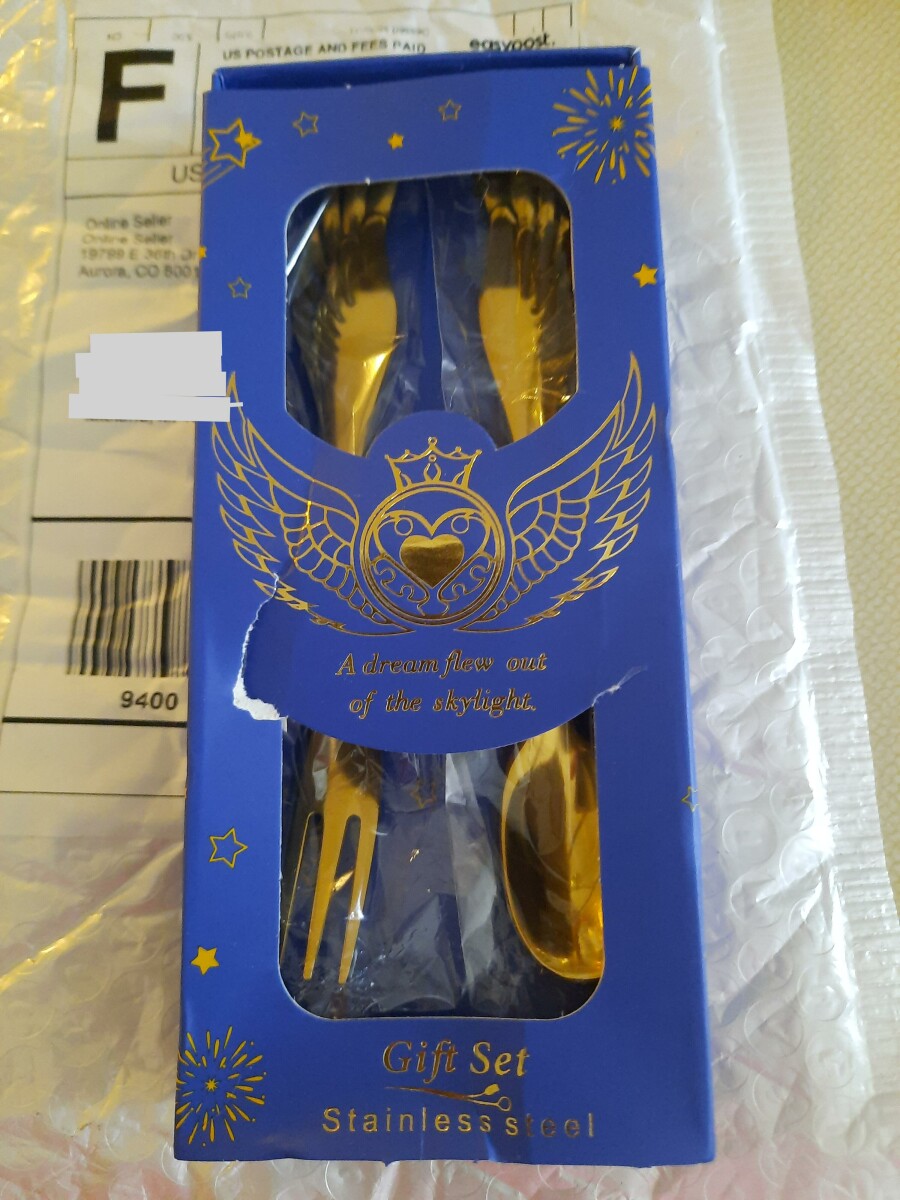 I received a package that I did not order. Very suspicious. I see others have complained of the same. Please contact me. Thanks! 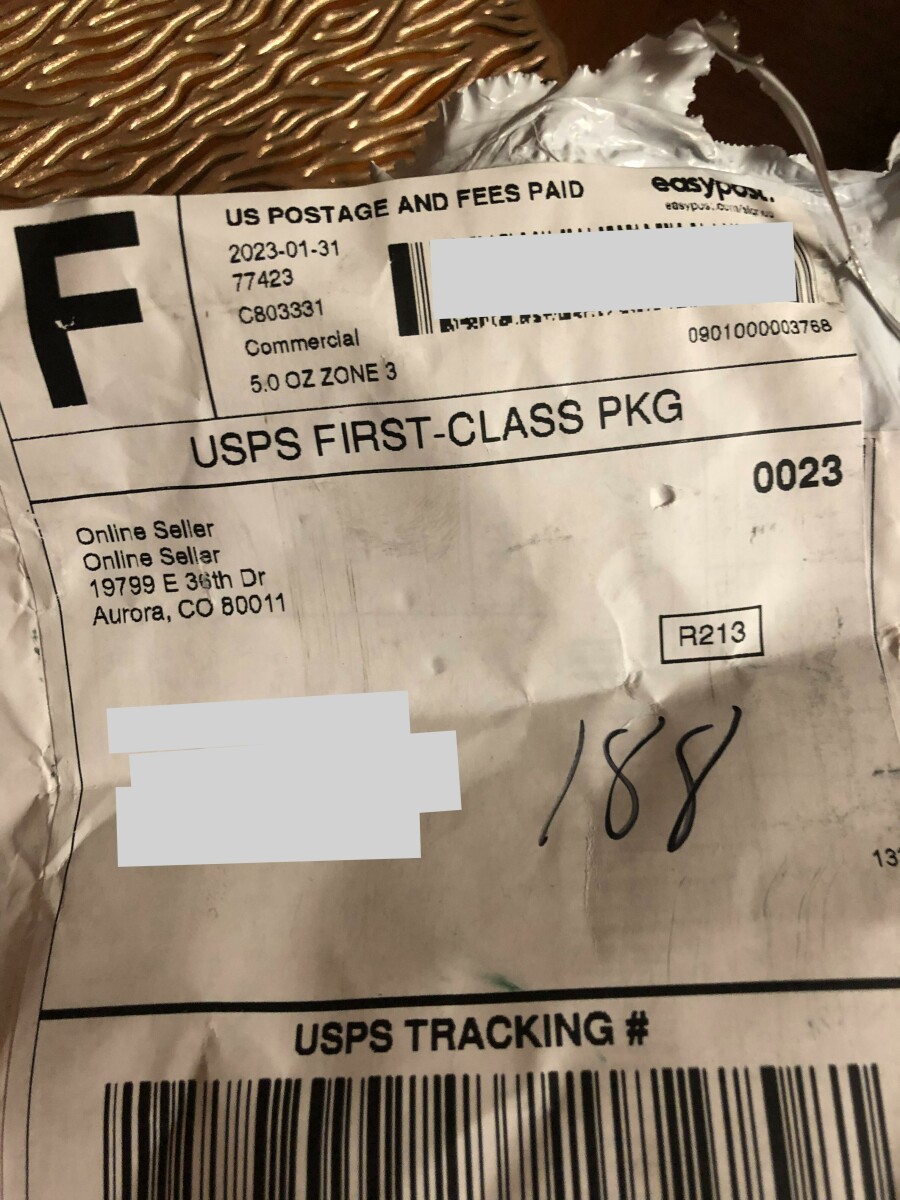 I am reporting this item because I never ordered anything from address 19799 e. 36th dr. Aurora Colorado 80012

#unorderedpackage #delivery #19799east36thdrive #aurora #colorado #unitedstates
2.8K
Helpful Add report Follow
Copy link
Embed report Copy link Report a concern
UU
anonymous12234
I got a ring to. Did not order Where do I send it back too
-5 Reply 3 days ago
UV

I received a package, that i did not order, which has a ring in it 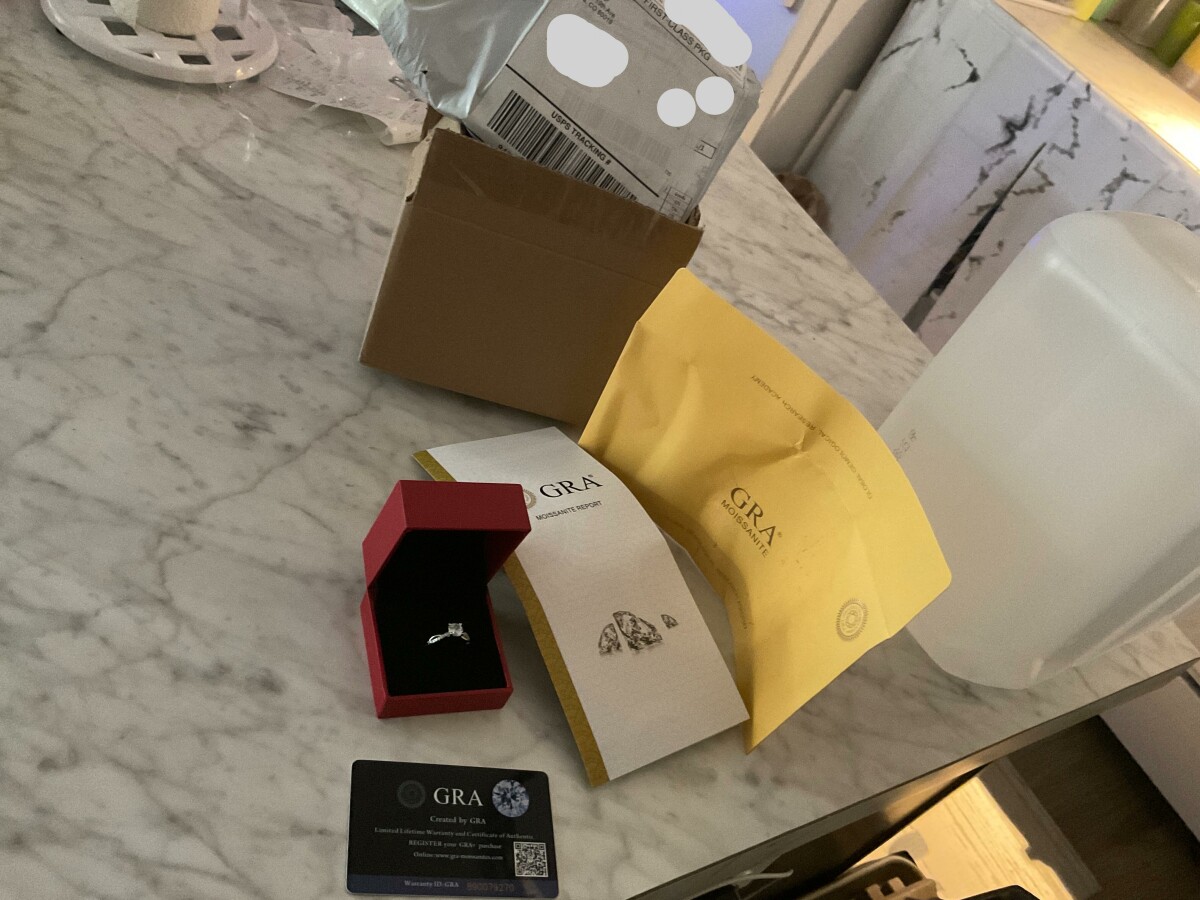 We are new homeowners and recieved a package from this address, addressed to the previous owner, but the city and area code were wrong.

It was first sent to the wrong city, then to us, we have not ordered anything online. 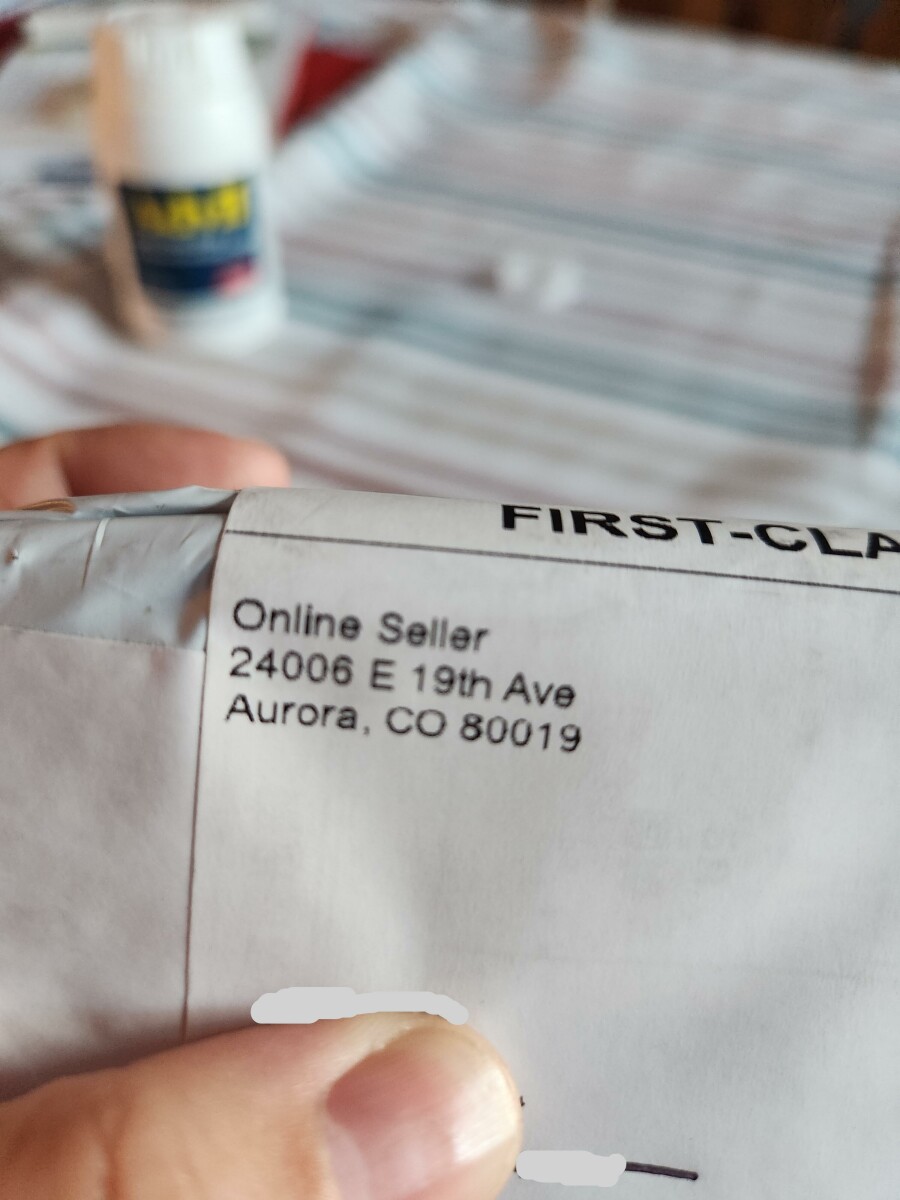 Received a small package from "Online Seller, 940 W. Bethel Road, Coppell, TX 75019". Appears to be 2 cloth ties. Have NOT ordered anything like this. 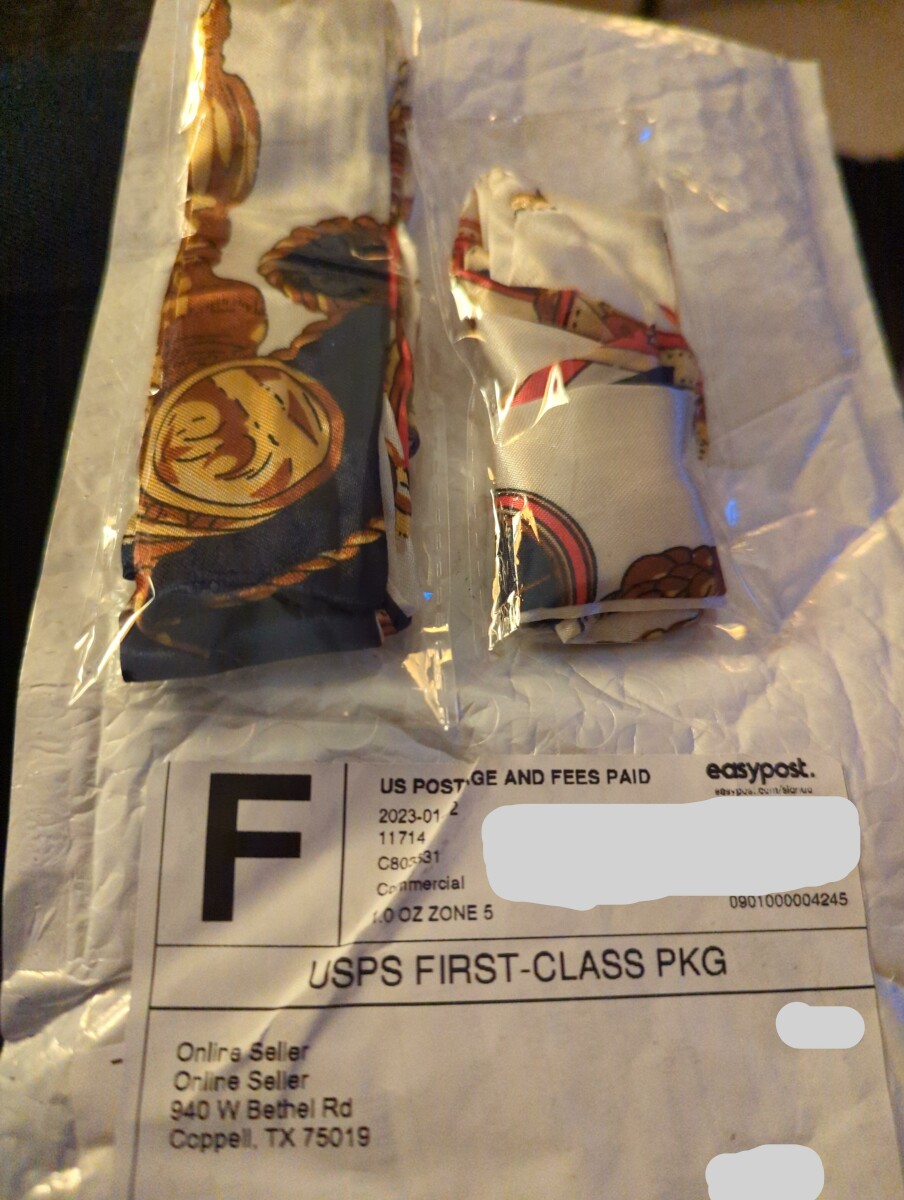 I also ordered a metal fence panel from China. This is a scam!!!!!
I ordered this back in November 2022. I contacted Wokvalue customer service to explain I did not receive the item. I checked the tracking and it was delivered to a wrong address. They told... See More me a new order was sent. Do not order from this company it’s a scam!!!! See Less 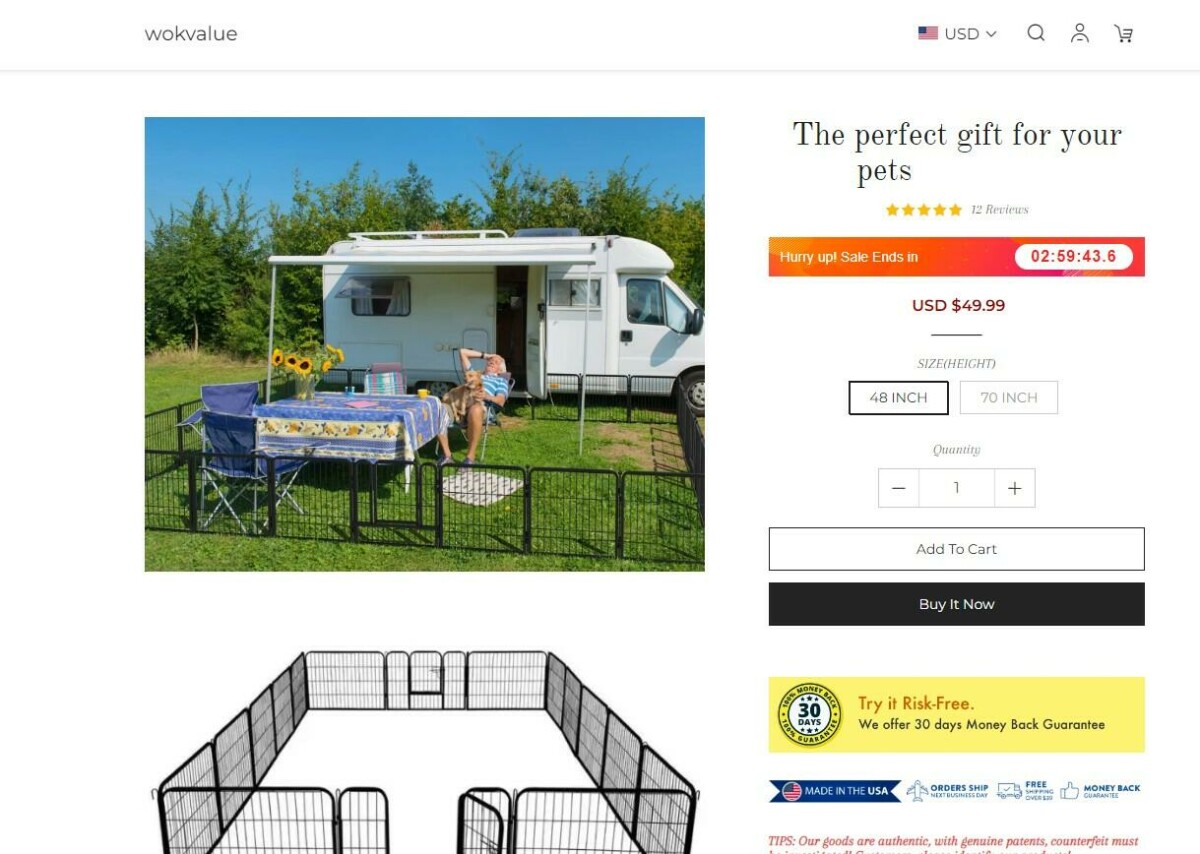 I received a piece of crap ring I did not order., 2496 West Walnut Avenue, Rialto, CA, USA

I received a package I did not order. I looked up the address of sender and see several people have had the same occurrence. I'm worried about some kind of scam I'm being set for or have already been duped. It came from " Online Seller "... See More As the name and the address I provided above. Just a guess, I think it could be from this company called Parham.store. That company appeared as an ad while I was online I looked through the online store and actually ordered something. As soon as I placed the order my bank called to see if I authorized this purchase. The store is out of California. I never received my items from this Parham.store company. I emailed several times with no response, I reported it to the bank as a fraudulent company after reading reviews. Under investigation with my bank. I'm wondering if there is a connection 🤔. They kept my money and did not send items close to $65 maybe. I'm wondering if this company sent that ring, to later say we shipped your item to you it shows that in our system. Just guessing if that could be. That's all info I have. Thank you. See Less 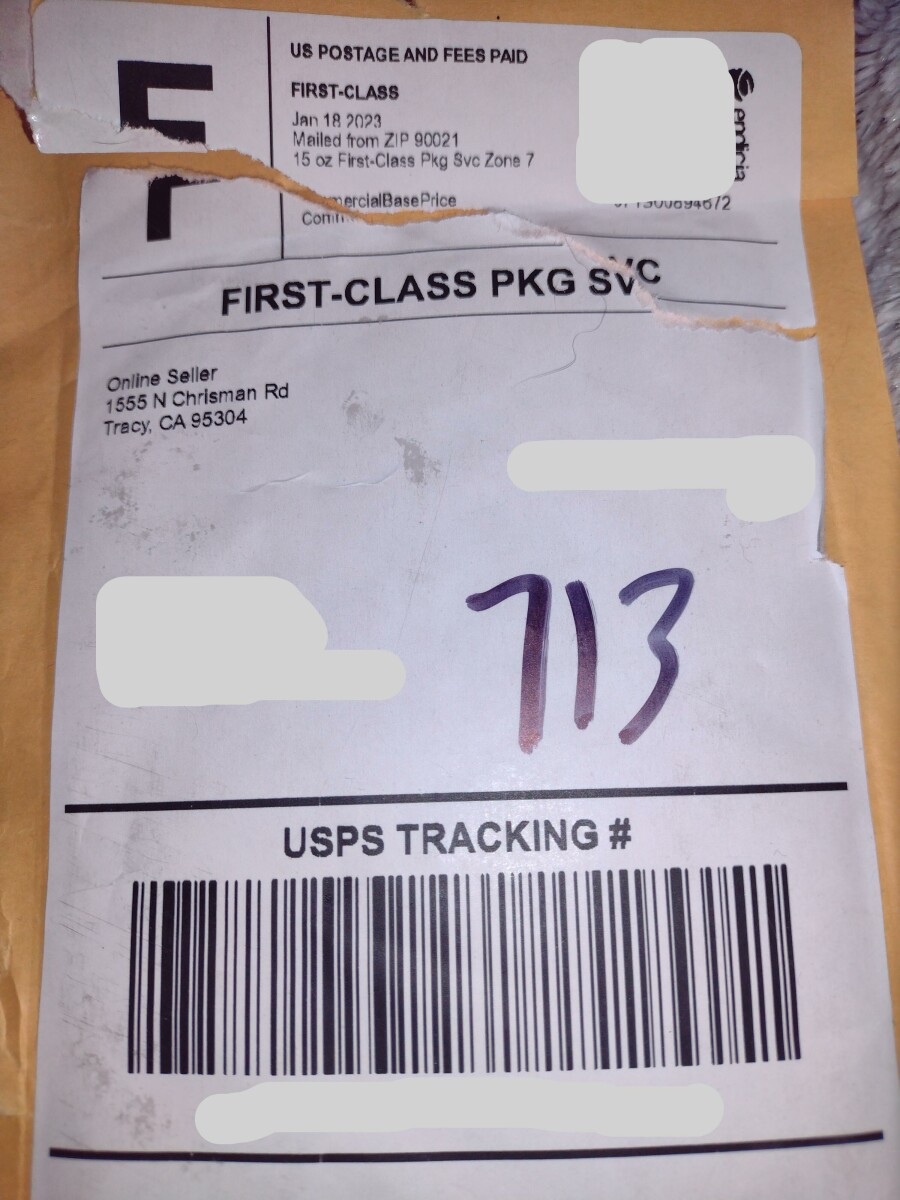 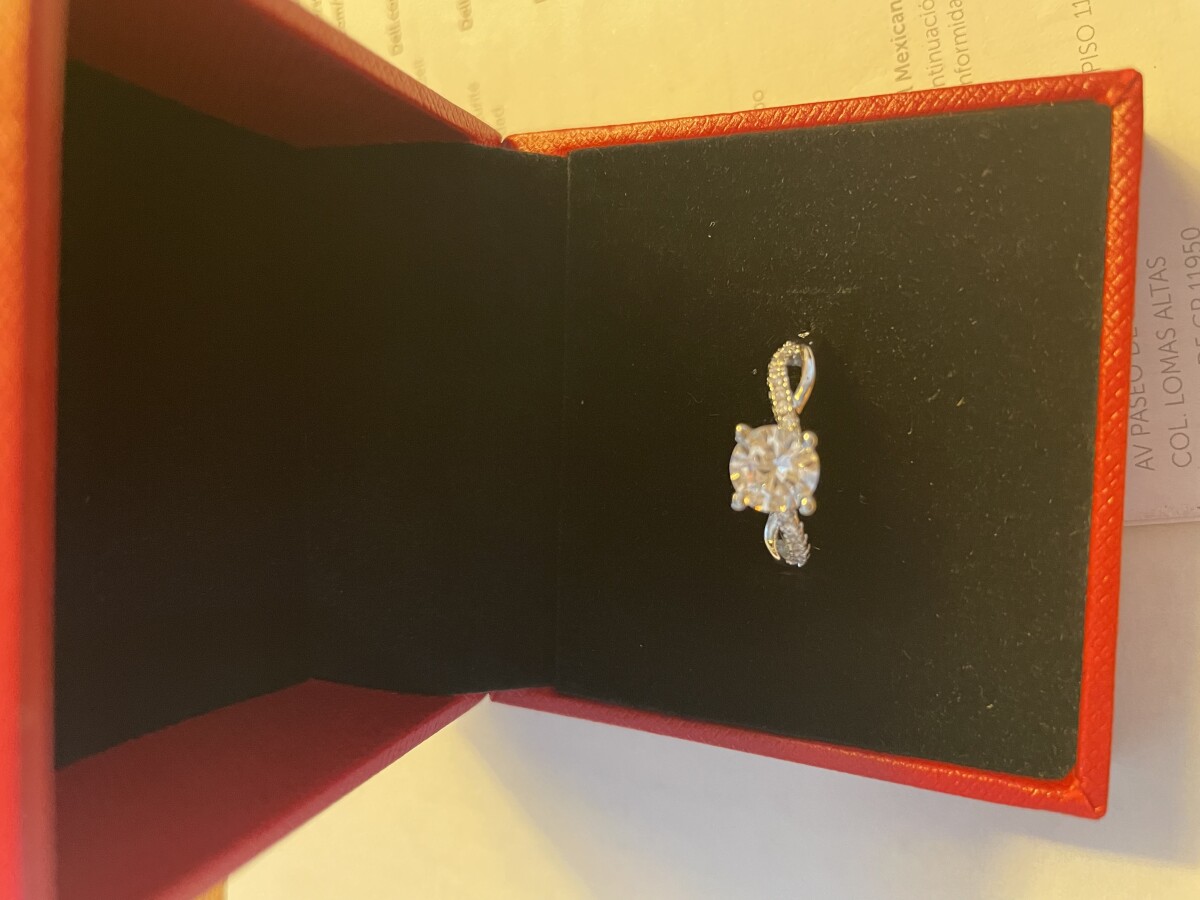 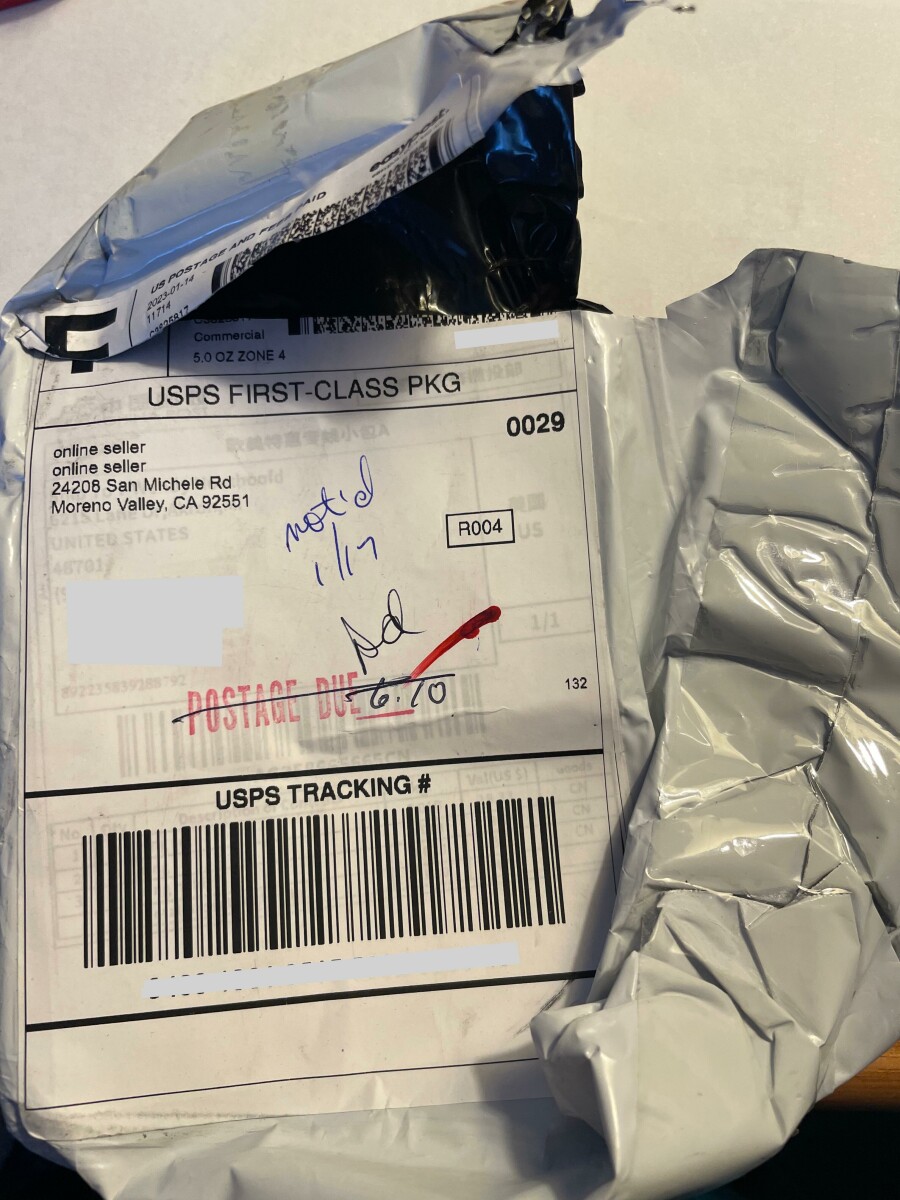 1.7K
Helpful Add report Follow
Copy link
Embed report Copy link Report a concern
JJ
j..........6
I just got a "fake" diamond ring "moissanite" in the mail from Amazon Fulfillment Center located at 24208 San Michele Rd, Moreno Valley, California. I did not order this and who can I contact to find out why I received this? Thank you
Reply 20 hours ago
MY
anonymous12364
i got the same ring I did not order it. i can't find how to send it back and get a refund
Reply 20 hours ago
DZ

Package that we did not order, 940 West Bethel Road, Coppell, TX, USA

I received a package today from 940 W Bethel Road, Coppell, TX that contained an unfamiliar object. Looks like a syringe but we are not opening to determine. We did not order this. 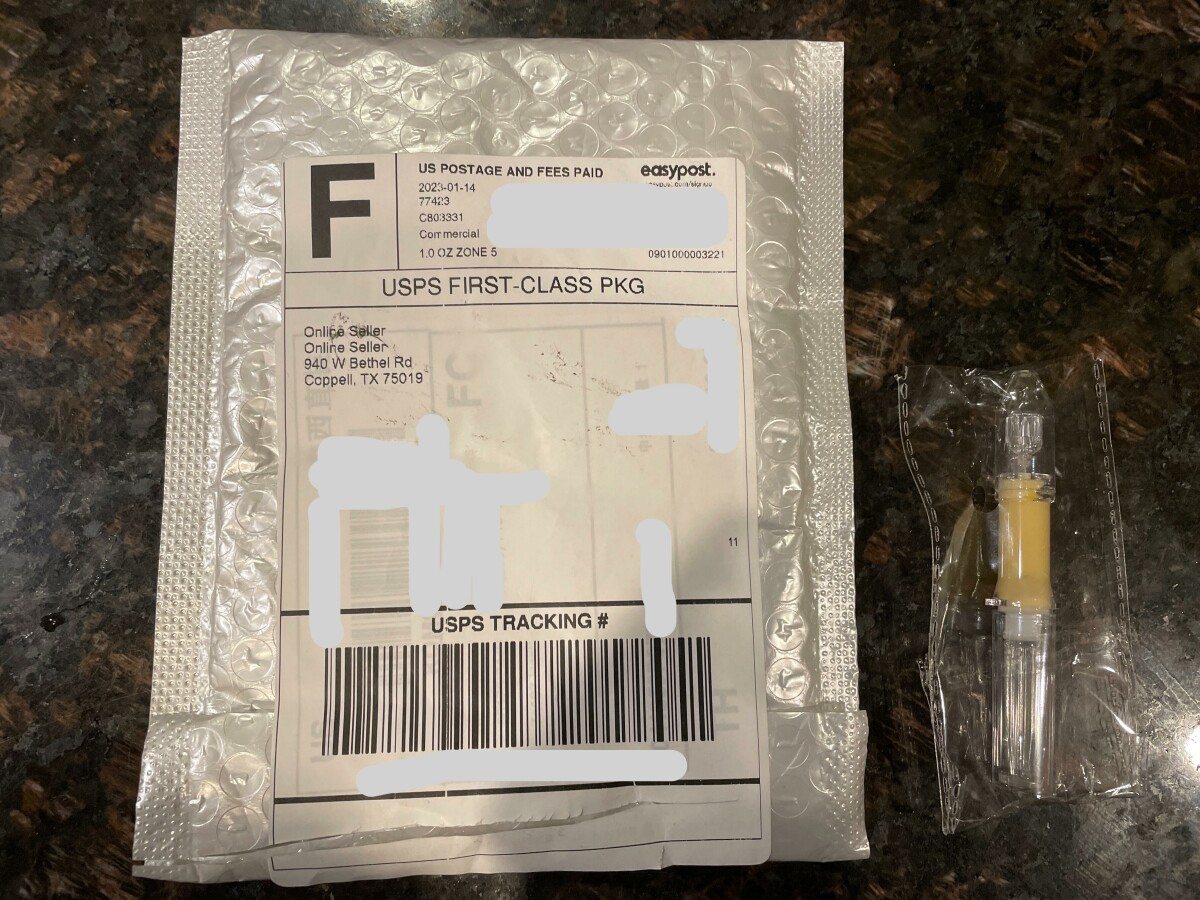 On December 23, 2022 I ordered the remote foldable scooter $39.95 paid total $50 everything included. It states in the tracking that it was delivered Saturday January 21,2023. Tracking number AC35136******. However package delivered is NOT what I ordered. Today a package arrived with an item I... See More did NOT order ( value $5) earmuffs. Where is my scooter I paid for. See Less 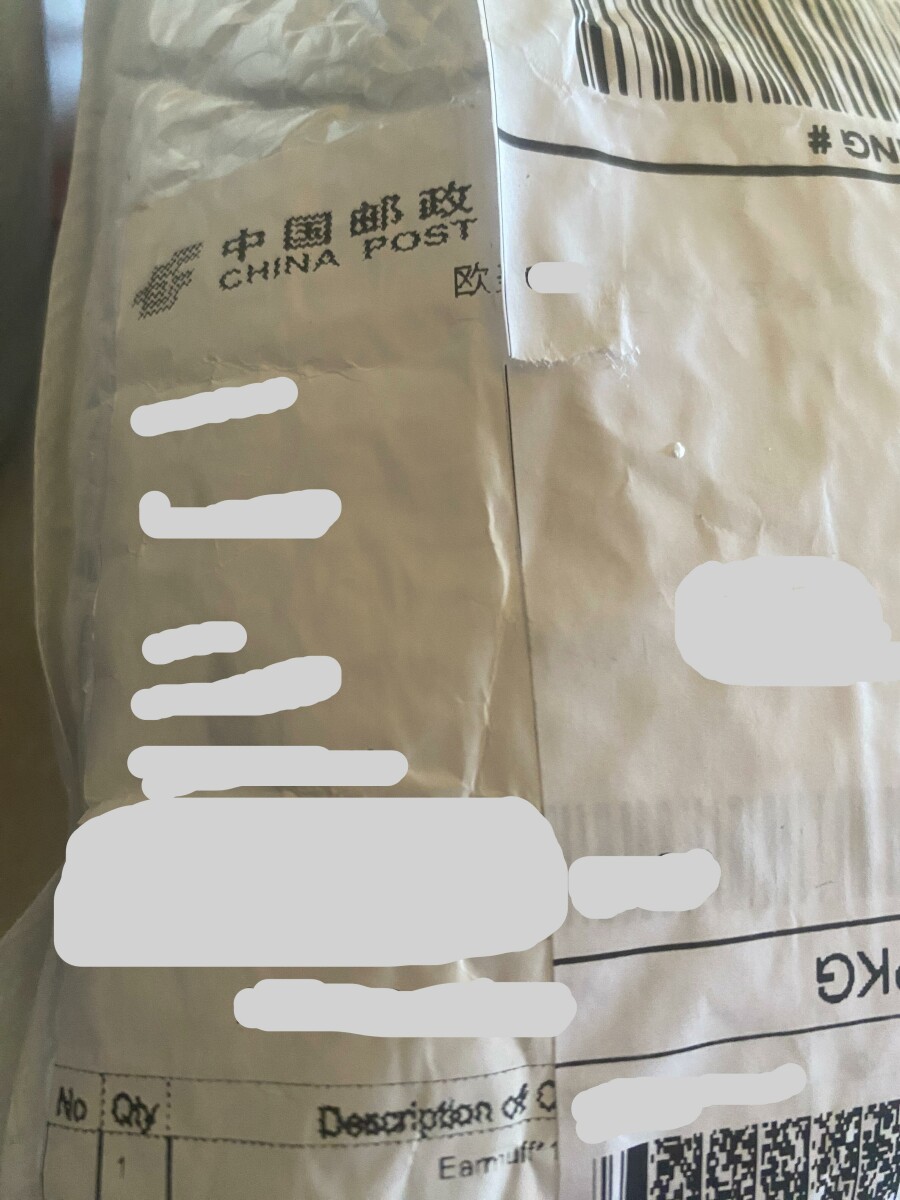 I clicked on a Facebook ad and purchased something from that link. Cost me $48 for an item. I received a suspicious package in the mail that contained ear muffs and no receipt. They were smelly too. I wracked my brain trying to figure out where it... See More came from. I googled the return address and it was listed as an address from AMAZON Return Center. I than found this forum and they said to peel back the label to see original label. I did and turns out it was the tracking # for the item I purchased off the Facebook ad that was in China. Calling my bank to get a refund. No way am I being charged $48 for a pair of smelly earmuffs. See Less 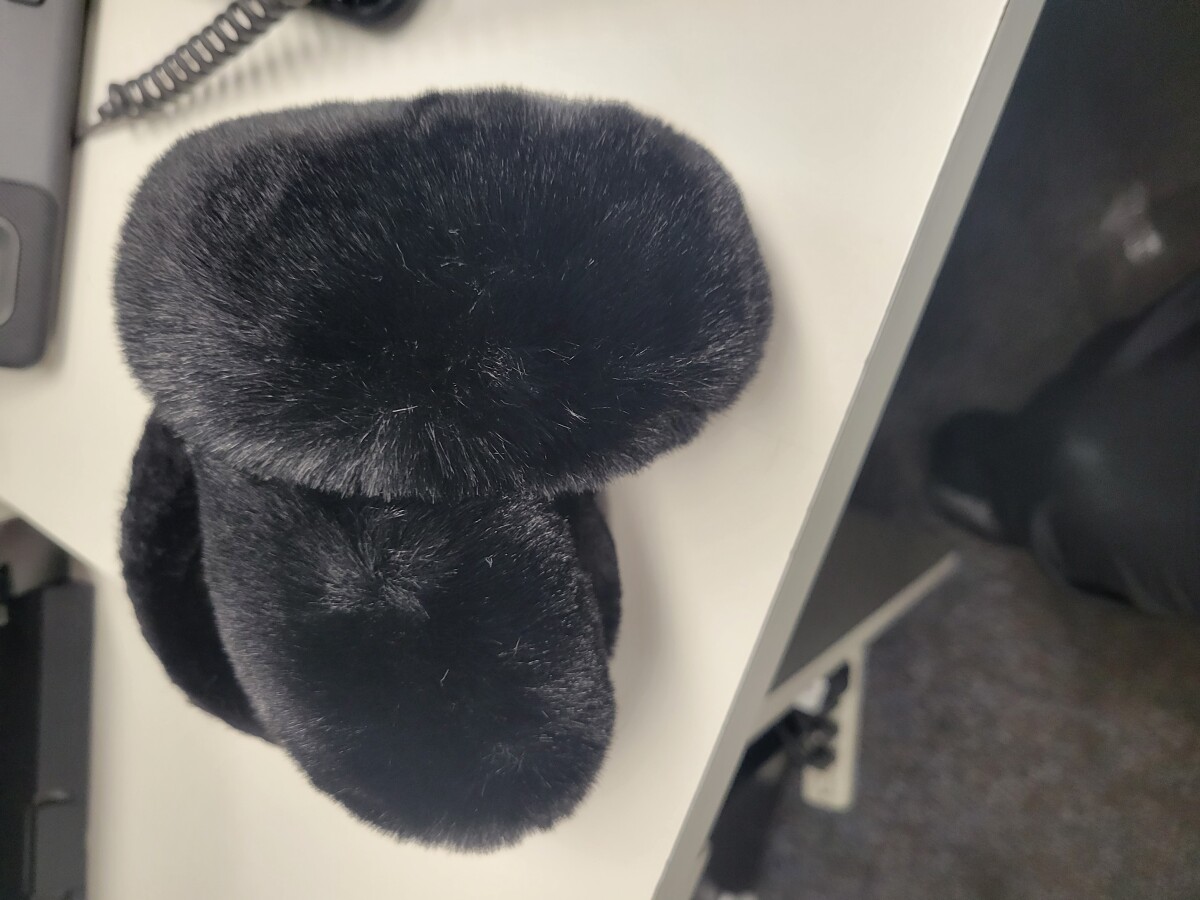 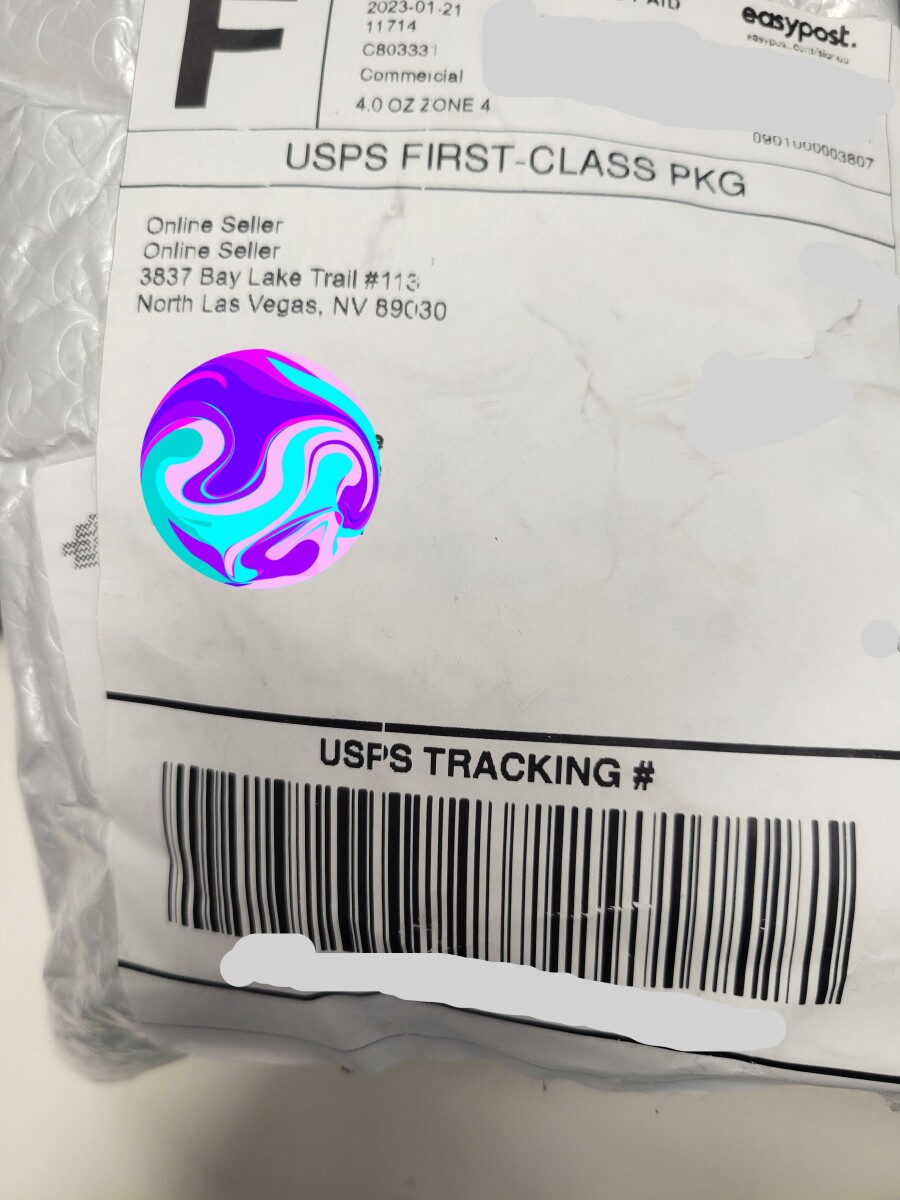 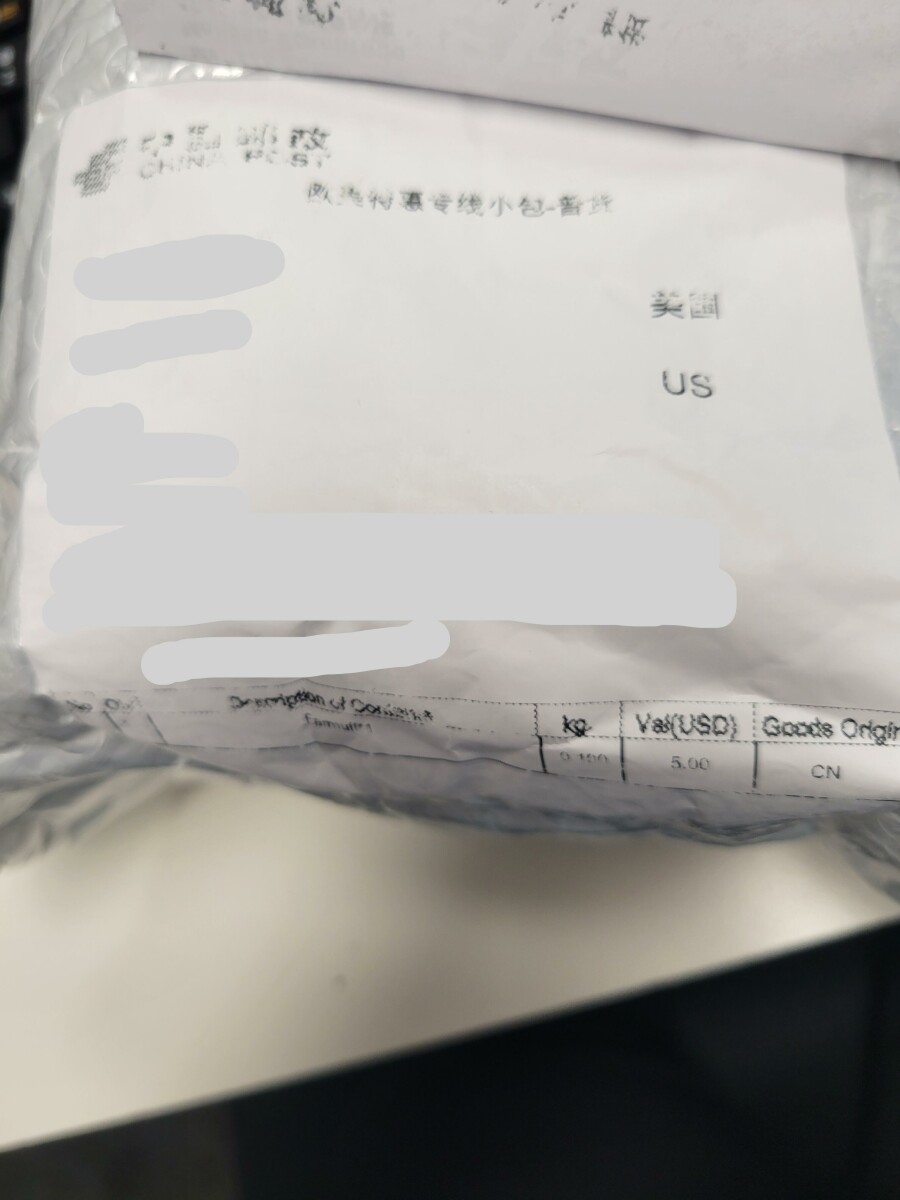 I received an ugly silk scarf from this address that I did not order. I went through all my orders and nothing matches the tracking number.
from 2125 W San Bernardino Ave See Less 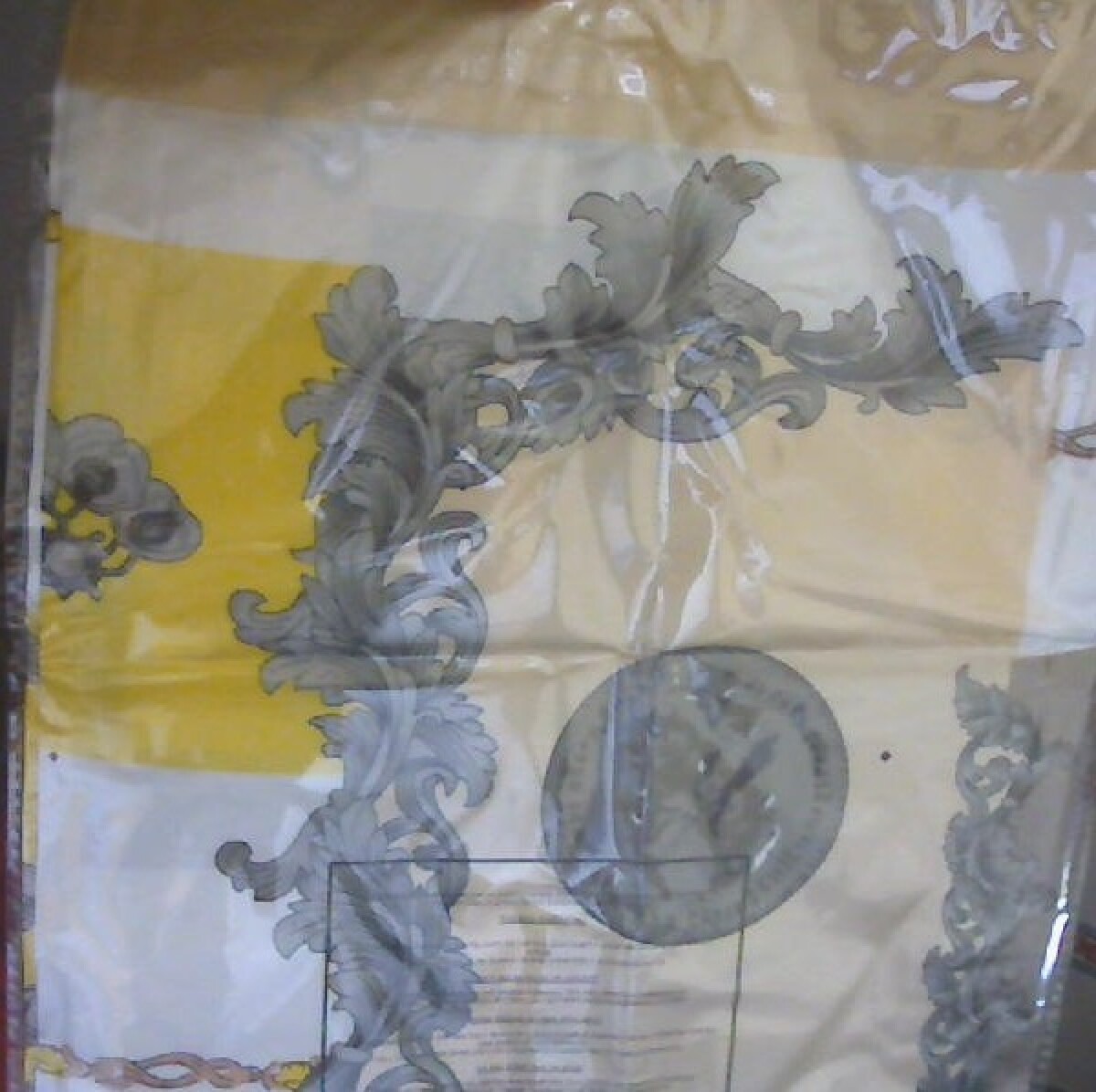 I received two shirts that I did not order and will not pay for them !!! Don’t know anything about it I’m sure it’s a scam but how do i return them !!! See Less 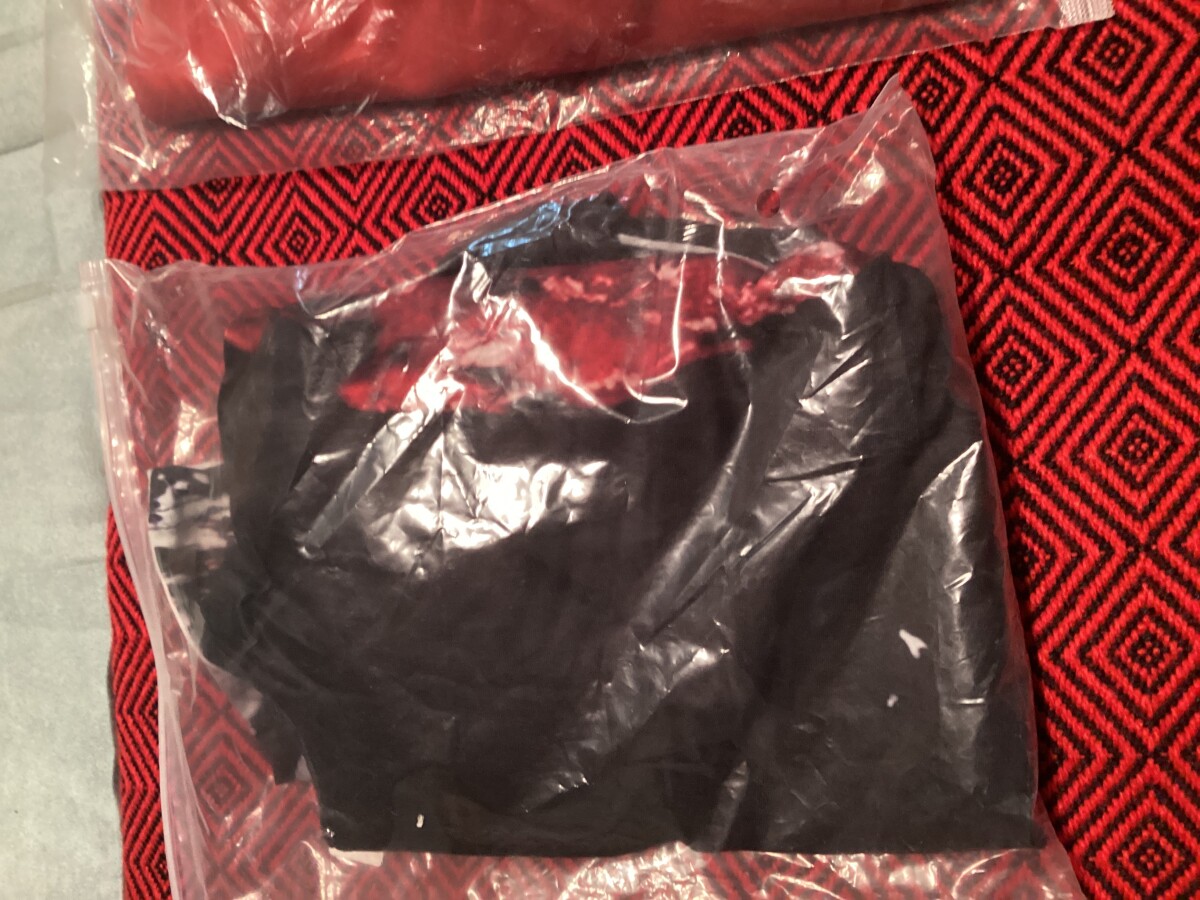 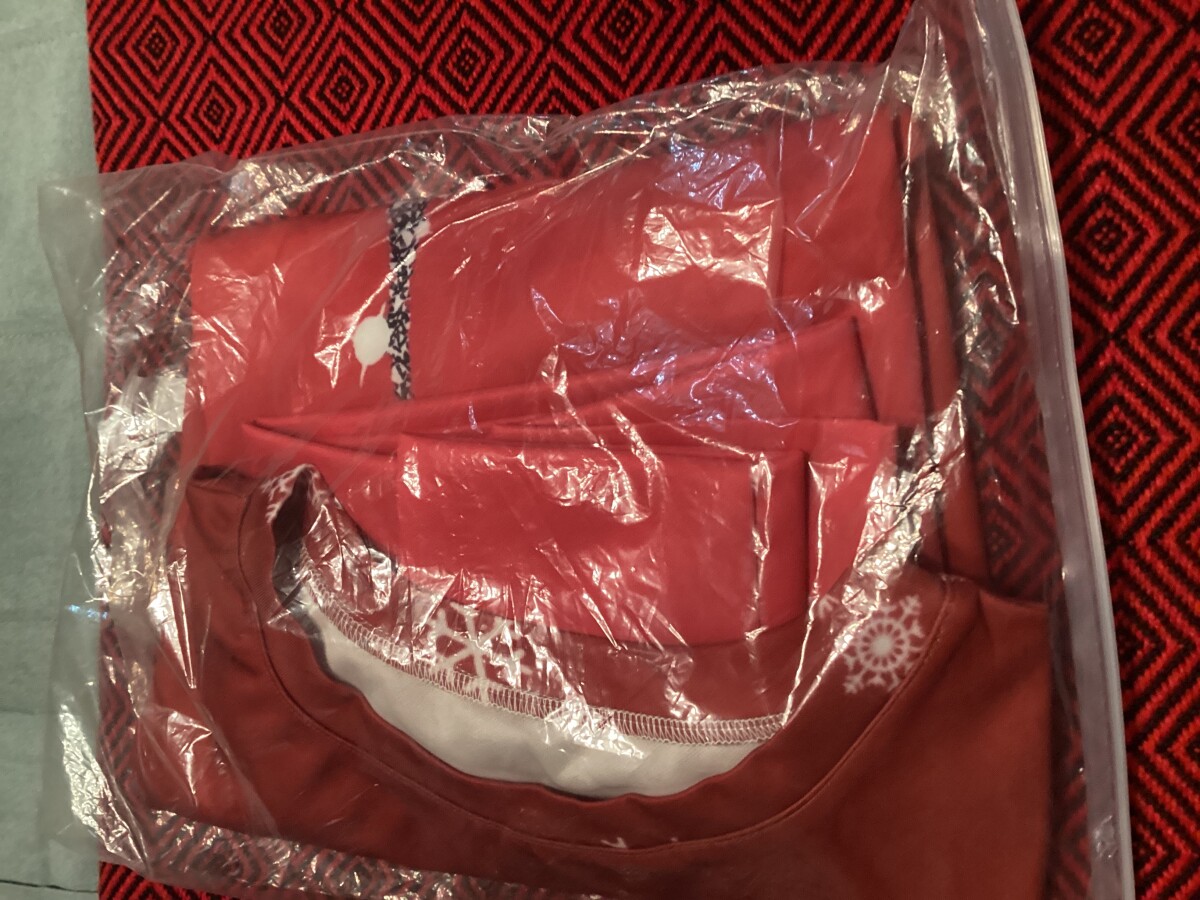 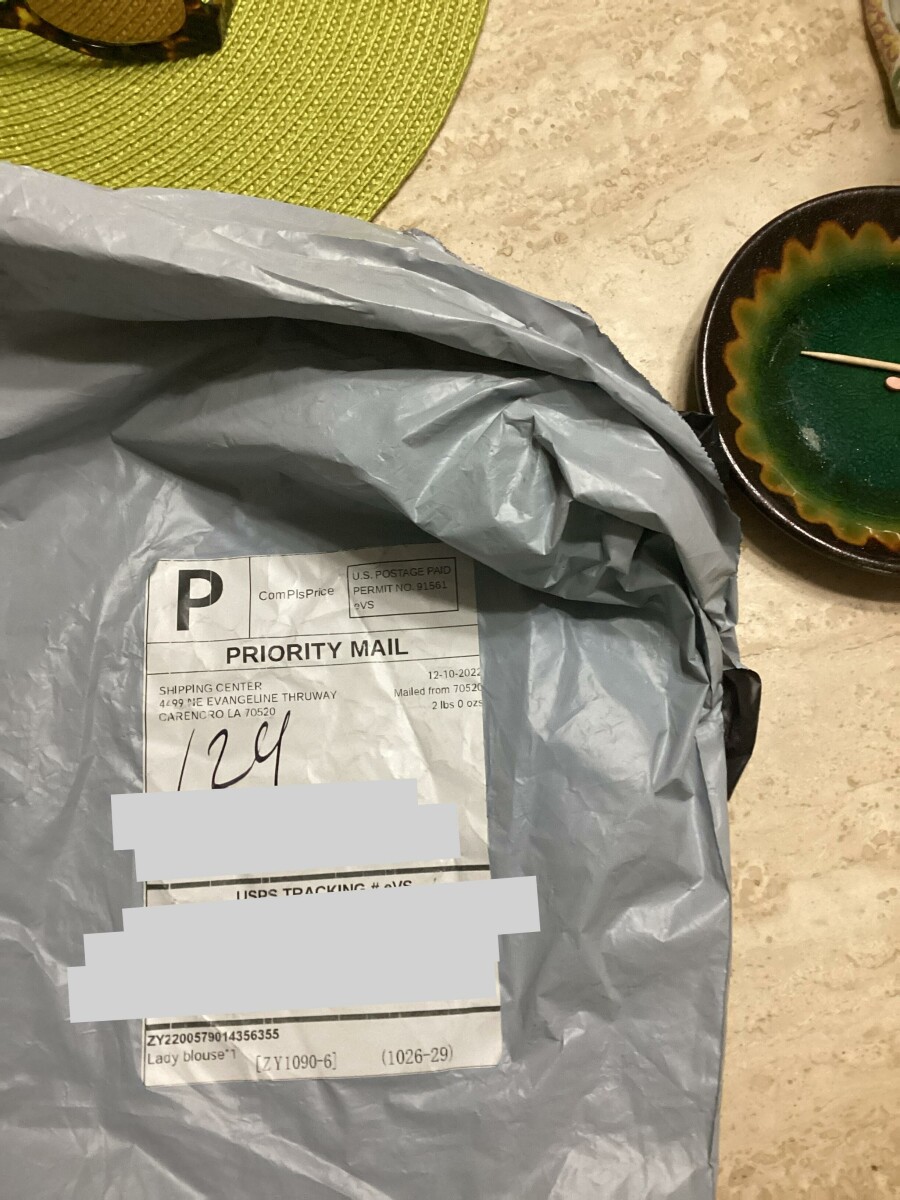