A power outage occurred on April 12 in the area of Carlsbad that impacted 1,138 customers.

“A power outage occurred on May 5 in the area of Lufkin that impacted roughly 5000 customers.

“A power outage occurred on May 4 in the area of Crisp County that impacted about 3760 customers.

“A power outage occurred on May 4 in the area of Jackson, Ms.

“A power outage occurred on May 5 in the area of Pocahontas that impacted nearly 2700 customers.

“A power outage occurred on May 9 in the area of Saint Albans that impacted more than 1000 customers.

“A power outage occurred on May 9 in the area of Tazewell County that impacted over 2000 customers.

“A power outage occurred on May 10 in the area of Portland that impacted 6688 customers.

“A power outage occurred on May 10 in parts of Rockingham that impacted more than 3000 customers.

“A power outage occurred on May 13 in the area of South Toledo that impacted 2,214 customer

“A power outage occurred on May 13 in the area of Huntsville that impacted rougly 1,300 customer.

“I saw the advertisement on Facebook of this mini electric saw and I ordered one I imagined it was a rip but if Facebook allows these thieves to advertise I thought of a guarantee to date I'm not arrived nothing who refunds me for the amount paid? I have already explained that seeing the advertisemen... See Moret of a mini electric saw I ordered and paid with PayPal but to date I did not get anything and no message See Less”

“Company name: Tenacore LLC
Brand name: Tenacore LLC
Product recalled: 2001 Tenacore Replacement CareFusion Alaris 8100 bezels
Reason of the recall: Potentially weakened elastic
FDA Recall date: April 19, 2021
Recall details: Company Announcement On February 24th, 2021, Tenacore LLC initiated a... See Morenationwide recall of 2001 Tenacore replacement CareFusion Alaris 8100 bezels due to potentially weakened plastic. A bezel with weakened plastic may, over time, lead to separation of the bezel post (recall issue) as well as other damage to the bezel (e.g., external cracking). The separation of one or more bezel posts may result in free flow, over infusion, under infusion or interruption of infusion. There is a related recall initiated by Becton Dickinson (BD). Information regarding that recall can be found using the following link: Becton Dickinson (BD) (CareFusion 303, Inc.) Recalls Alaris Pump Module Model 8100 Bezel Assembly Which Could Result in Free Flow, Over-Infusion, Under-Infusion, or Interruption of Infusion | FDA Consumers who have: Tenacore bezel parts (part number TIPA-8100-4410) with timestamp 5 and/or timestamp 6 should stop the distribution and use of these and return them to Tenacore LLC.
Alaris 8100 units that were serviced by Tenacore, or purchased from Tenacore between July 2020 and Feb 2020, should be inspected per the instructions described below to ensure that your device is not impacted. If it is, please return your device to Tenacore LLC.
Recalled bezels were manufactured from May 2020 to June 2020 and distributed from July 2020 through Feb 2021. The following products have been recalled:
Check the full recall details on fda.gov
Source: FDA See Less” 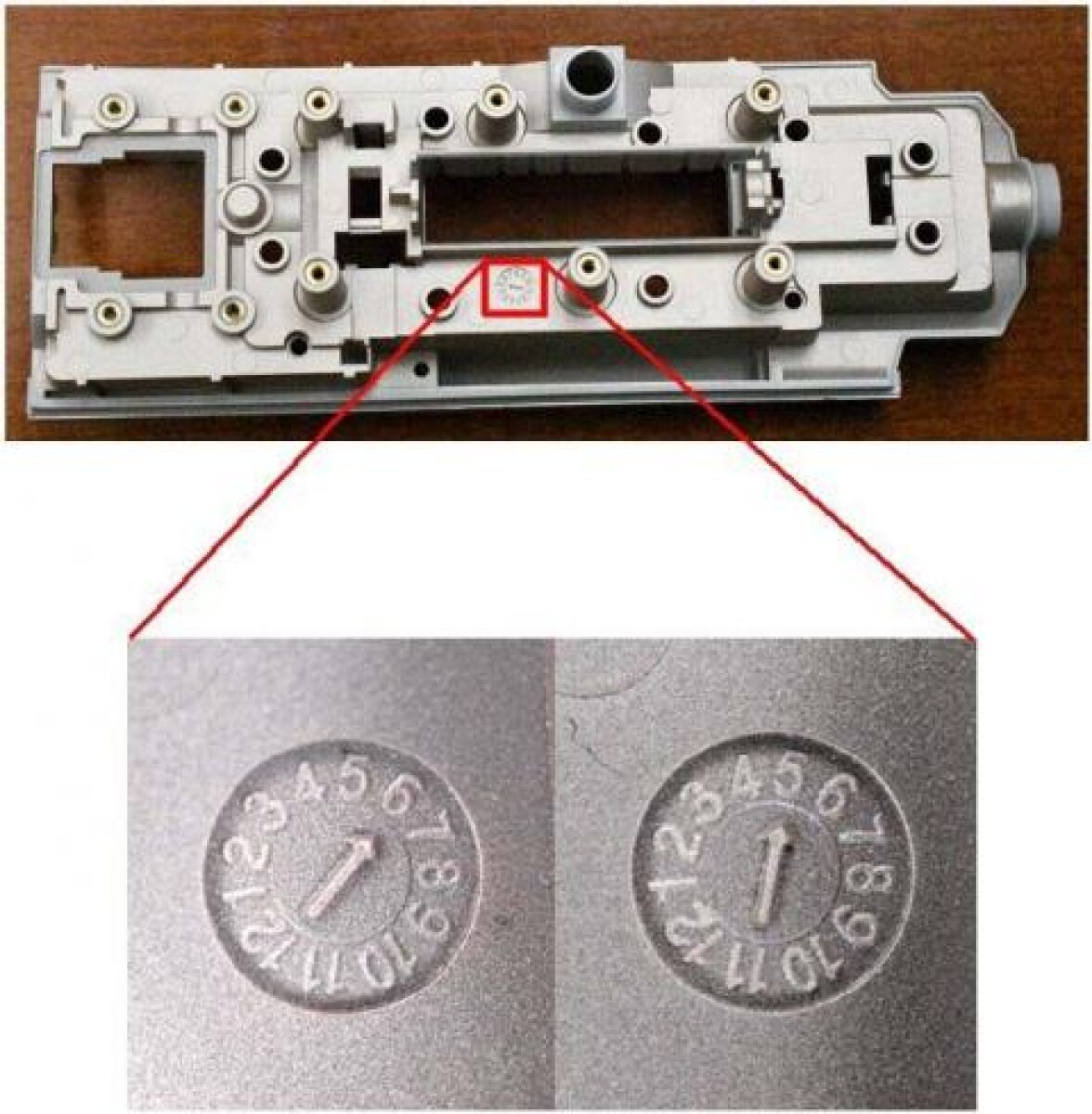 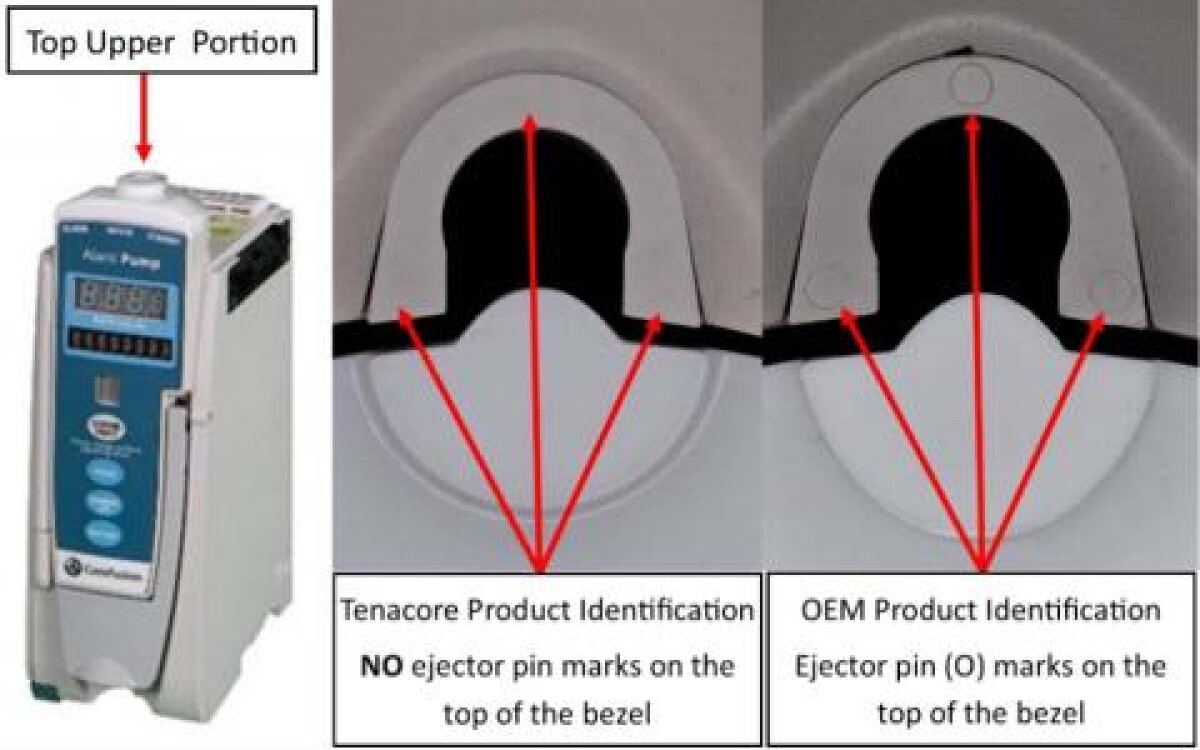 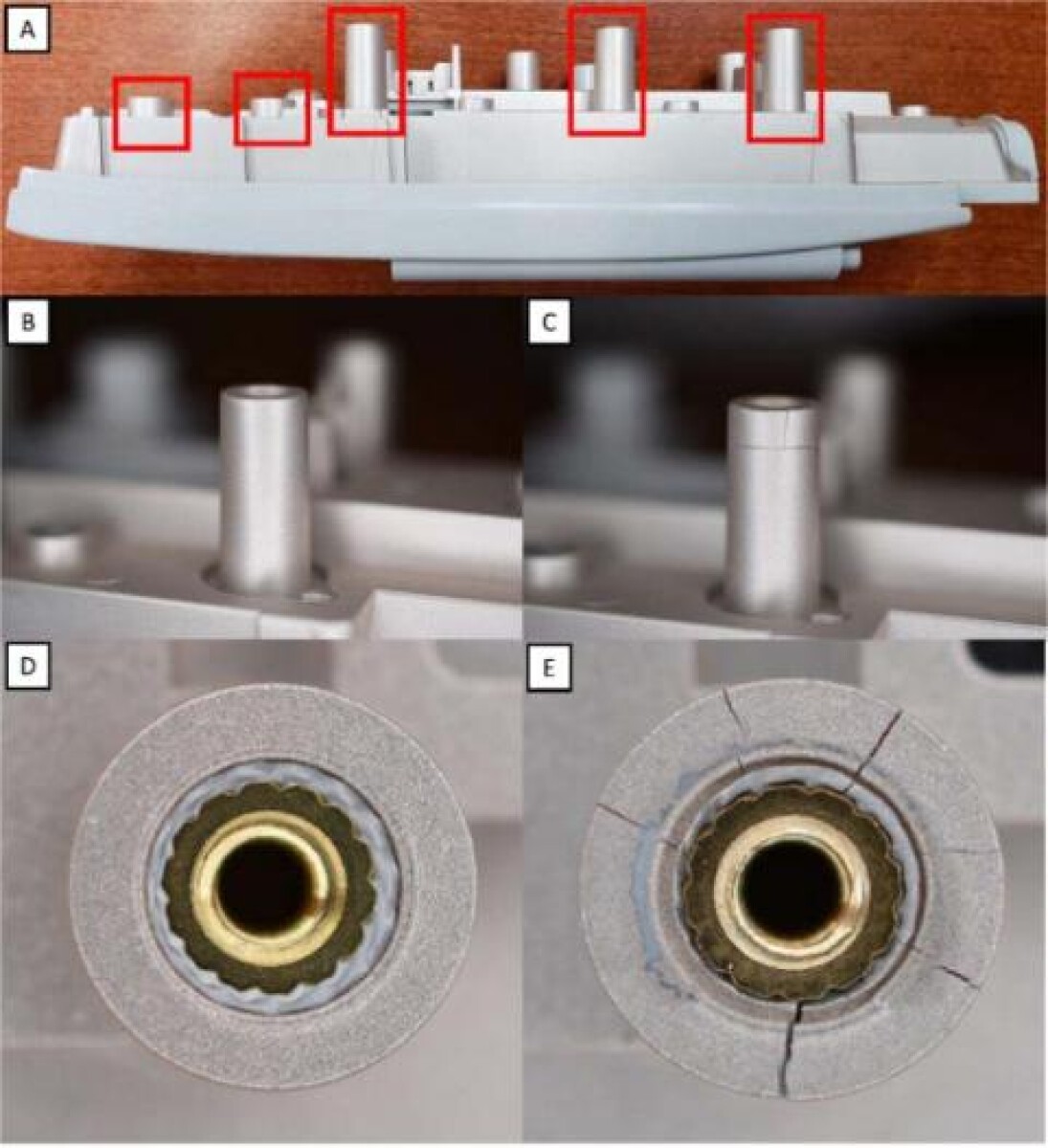 “I ordered a chainsaw and it said it was going to be delivered 5 days ago. It is still not here. ID #11F05553X63798255 from yeahyard dot com. In the picture you can see what i ordered and this is the bulls**t they sent me See Less” 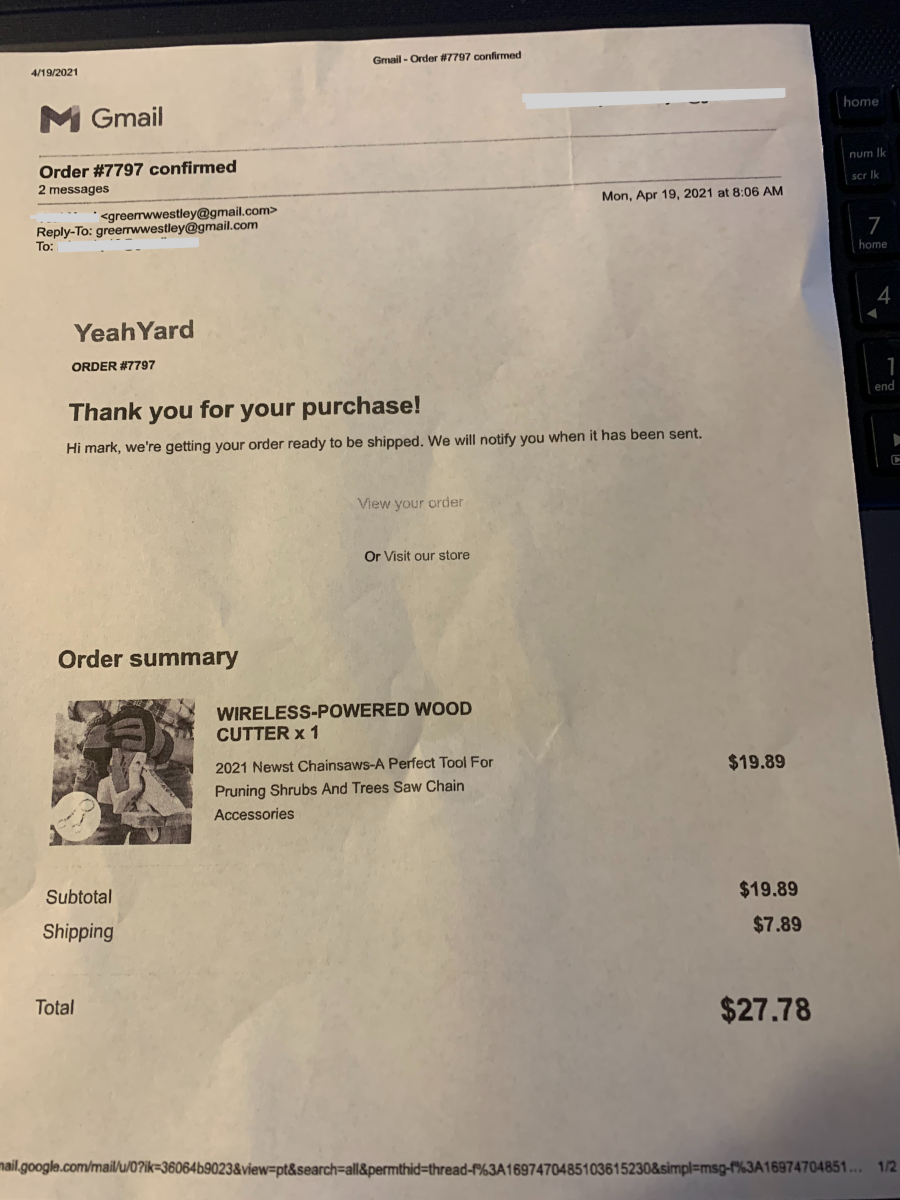 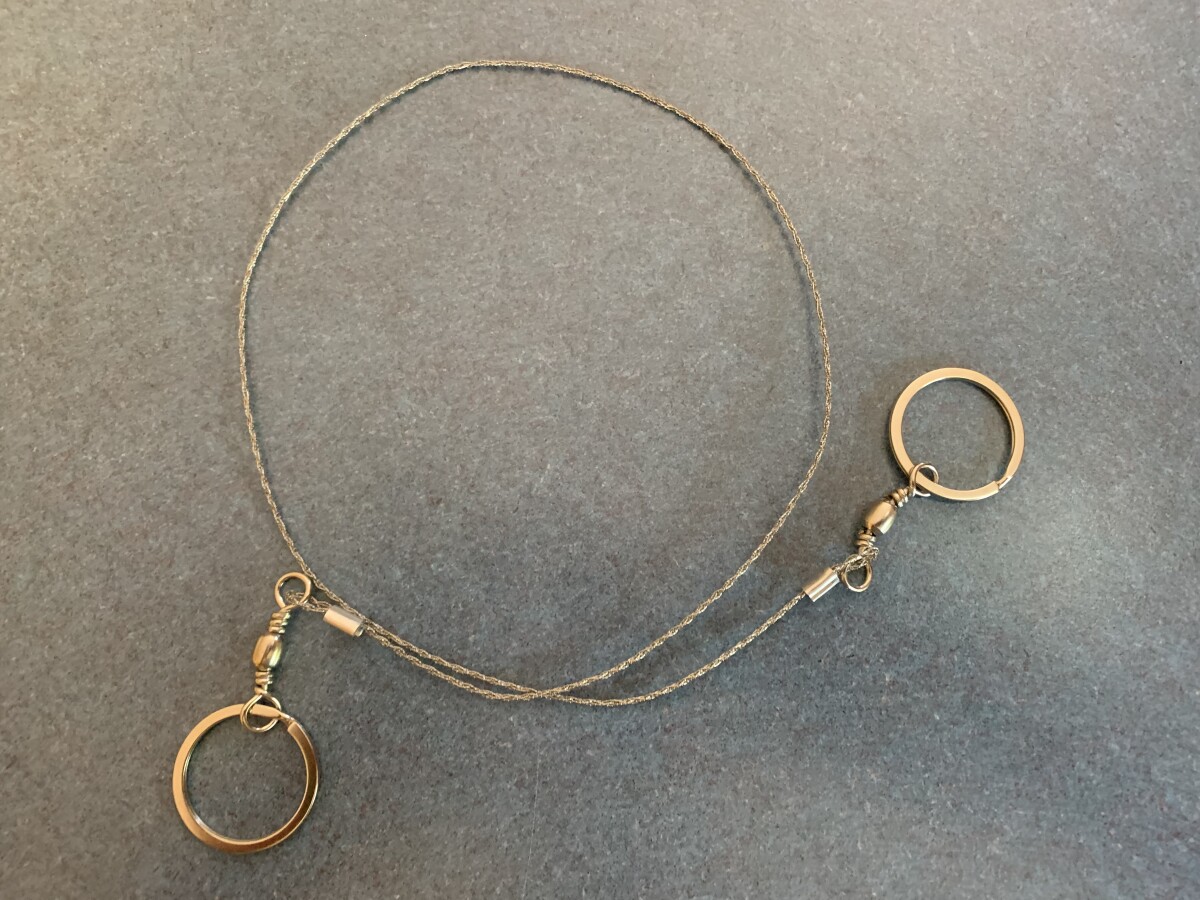 “Yes. I also ordered the GTA 26 battery-powered electric chainsaw. I got the chain with handles. I was bantering back and forth with Chinese agent, who really does not know what to do except to try and get more money from me for an inferior chainsaw for $6. I ordered a GTA 26 chainsaw, Stihl brand. I... See Moregot the hand chainsaw (had never heard of using a chain by hand, but it is an actual thing). I don't think you can convert the hand chainsaw to using it with an actual chain saw anyway. The Chinese agent is trying appease me by saying I can get a chainsaw to use with the chain for $60. The website he sent me show a completely different chainsaw for 29.99 and he sent the actual picture of the See Less” 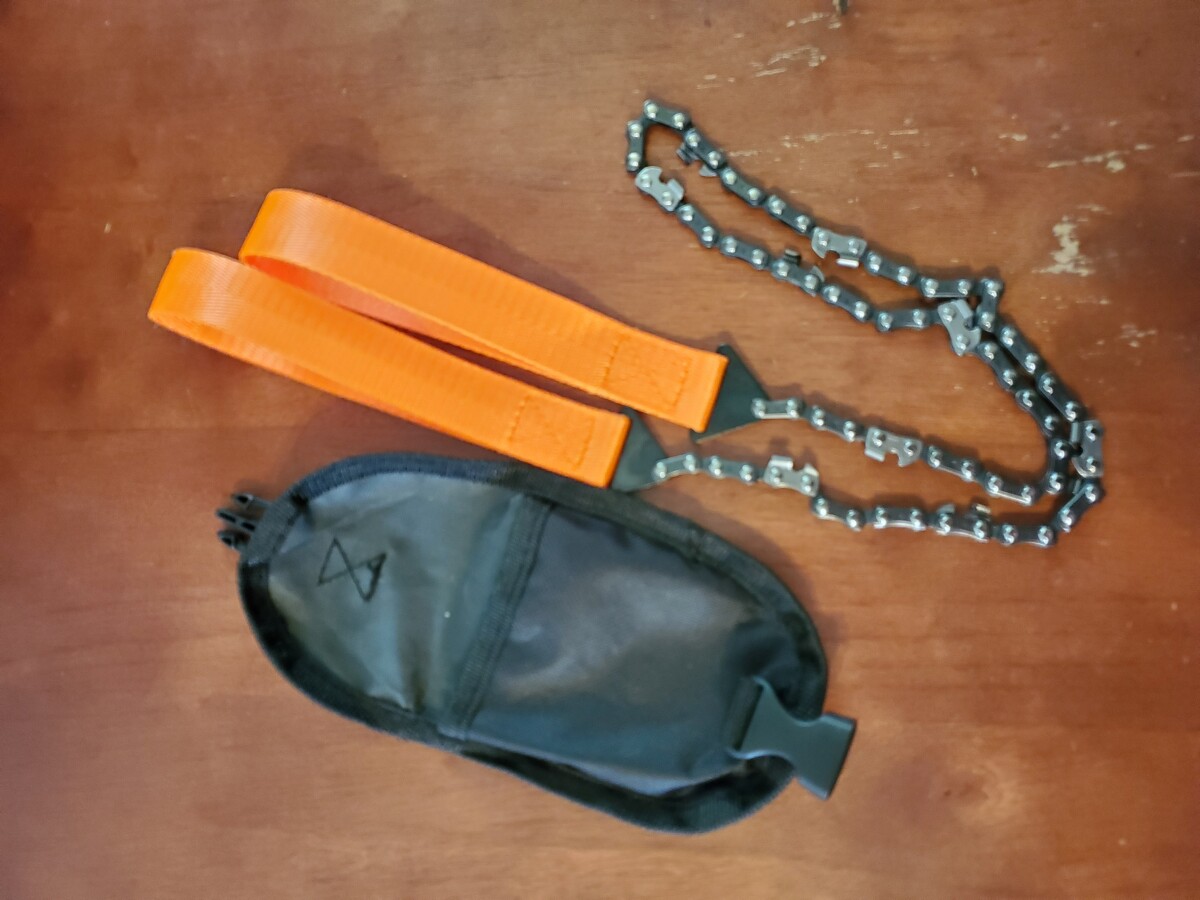 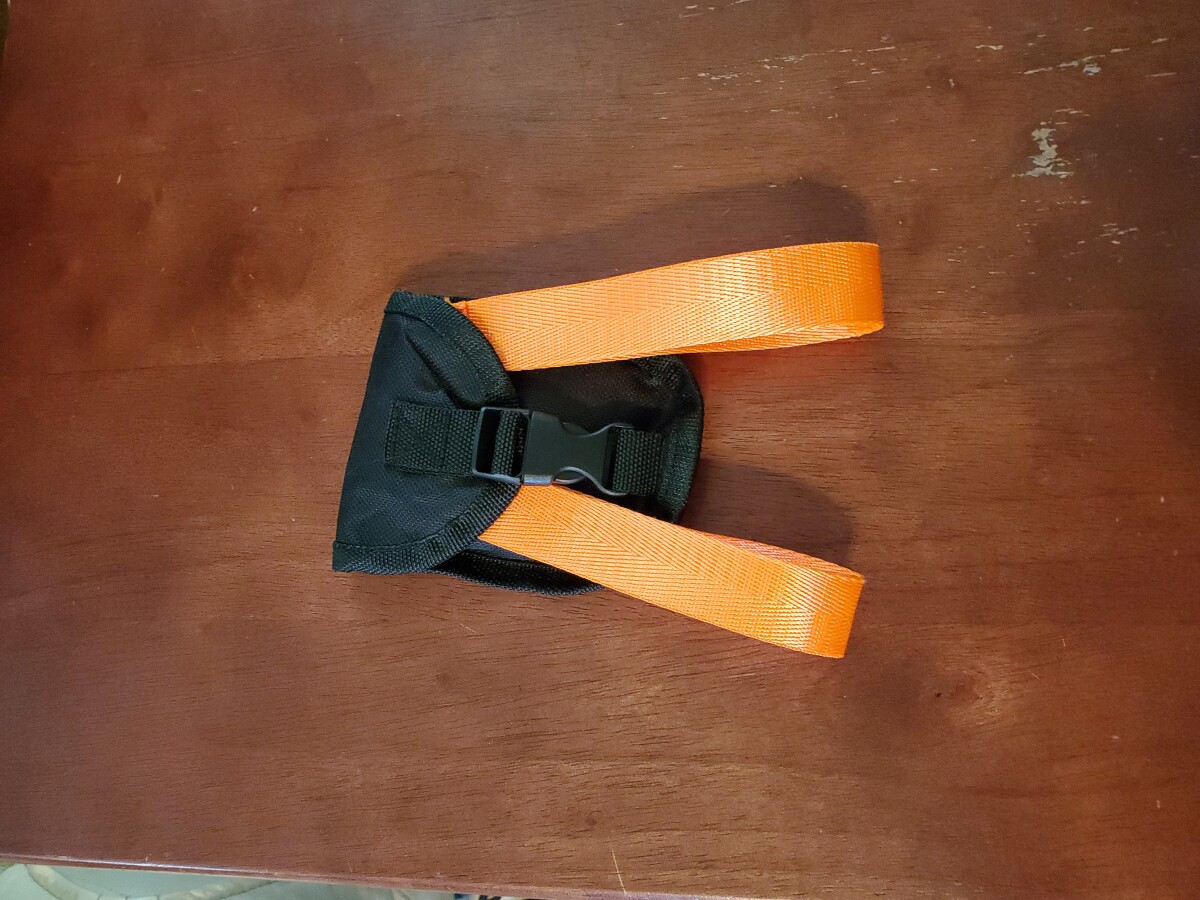 Fluoxetine is an FDA approved drug indicated for the treatment of various depressive disorders, obsessive compulsive disorder, bulimia and panic disorders. This drug product carries a box warning for suicidal thoughts and behaviors and it needs to be monitored closely by a prescriber. The presence of sibutramine and fluoxetine in Imperia Elita Vitaccino coffee renders it an unapproved drug for which safety and efficacy has not been established and therefore subject to a recall. Dash Xclusive has not received any reports of adverse events related to this recall.

Risk Statement: Products containing undeclared sibutramine pose a threat to consumers because sibutramine is known to substantially increase blood pressure and/or pulse rate in some patients and may present a significant risk for patients with a history of coronary artery disease, congestive heart failure, arrhythmias or stroke. Products containing undeclared fluoxetine could cause suicidal thinking and behavior, an accumulation of high levels of serotonin in the body or neuroleptic malignant syndrome (NMS)-like reactions which is a life-threatening neurological disorder; elevated mood state that can cause higher than normal energy levels, restlessness, decreased need for sleep; abnormal bleeding, and low sodium levels.

The product is marketed  as a dietary supplement for weight loss and is packaged in a black rectangular box and contains fifteen sachets. The affected Imperia Elita Vitaccino coffee lots include all lots. Product was distributed Nationwide in the USA via internet and by ebay at www.ebay.com. On December 17, 2020, FDA issued a press release that warned consumers to avoid certain products found on Amazon, eBay and other retailers due to hidden and potentially dangerous drug ingredients. It also encouraged online marketplaces to ensure these products are not sold on their platforms.

Dash Xclusive is notifying its customers by e-messages on the eBay platform and is arranging for return of all recalled products. Consumers that have Imperia Elita Vitaccino Coffee which is being recalled should stop using/return to Dash Xclusive, 610 S. Verdugo Road, Apt 31, Glendale, California 91205. Consumers with questions regarding this recall can contact Dash Xclusive by e-mail at dashxclusive11@gmail.com on Mondays to Thursdays from 11am to 4pm Pacific Time zone.

Consumers should contact their physician or healthcare provider if they have experienced any problems that may be related to taking or using this drug product. Adverse reactions or quality problems experienced with the use of this product may be reported to the FDA's MedWatch Adverse Event Reporting program either online by regular mail or by fax. Complete and submit the report Online. Regular Mail or Fax: Download form or call 1- 800-332-1088 to request a reporting form, then complete and return to the address on the pre-addressed form, or submit by fax to 1-800-FDA-0178. This recall is being conducted with the knowledge of the U.S. Food and Drug Administration. 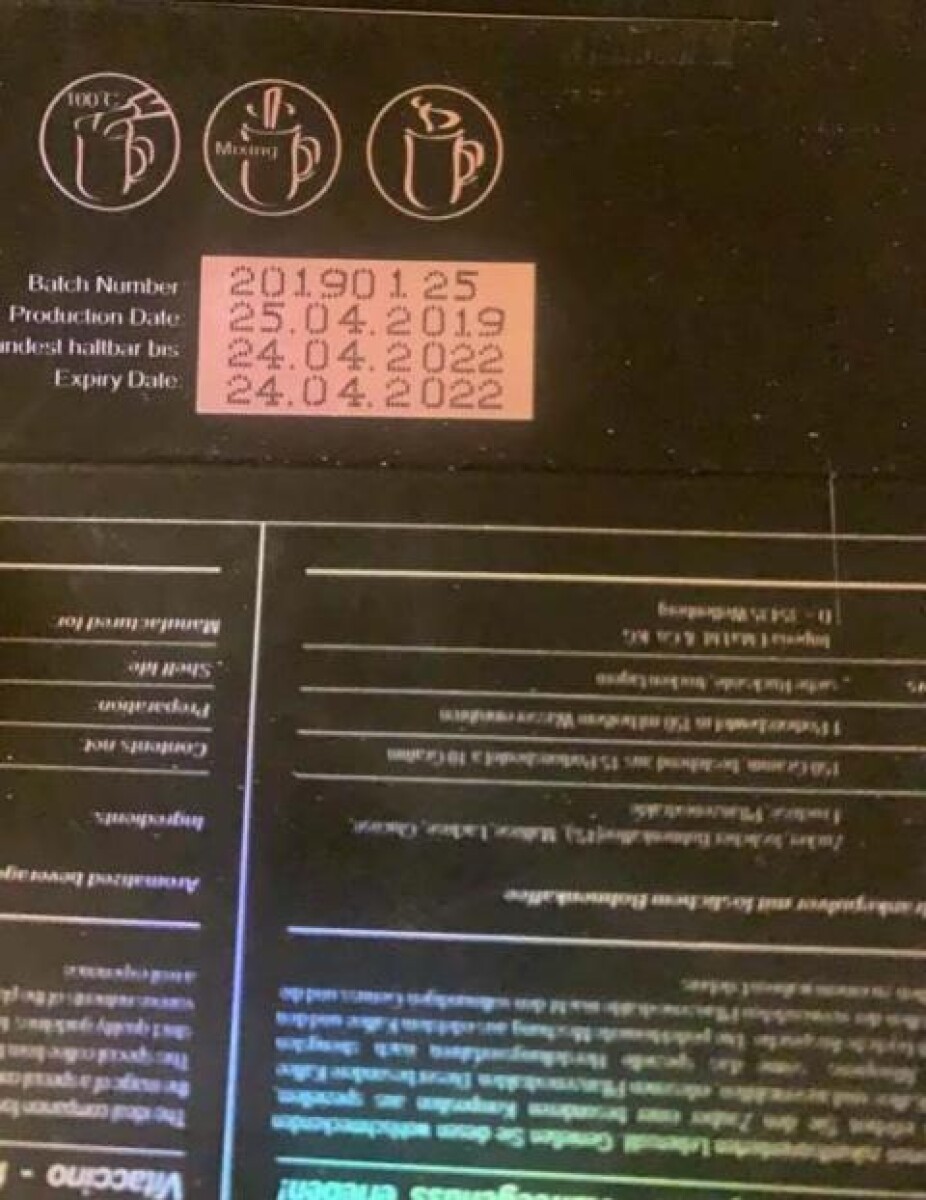 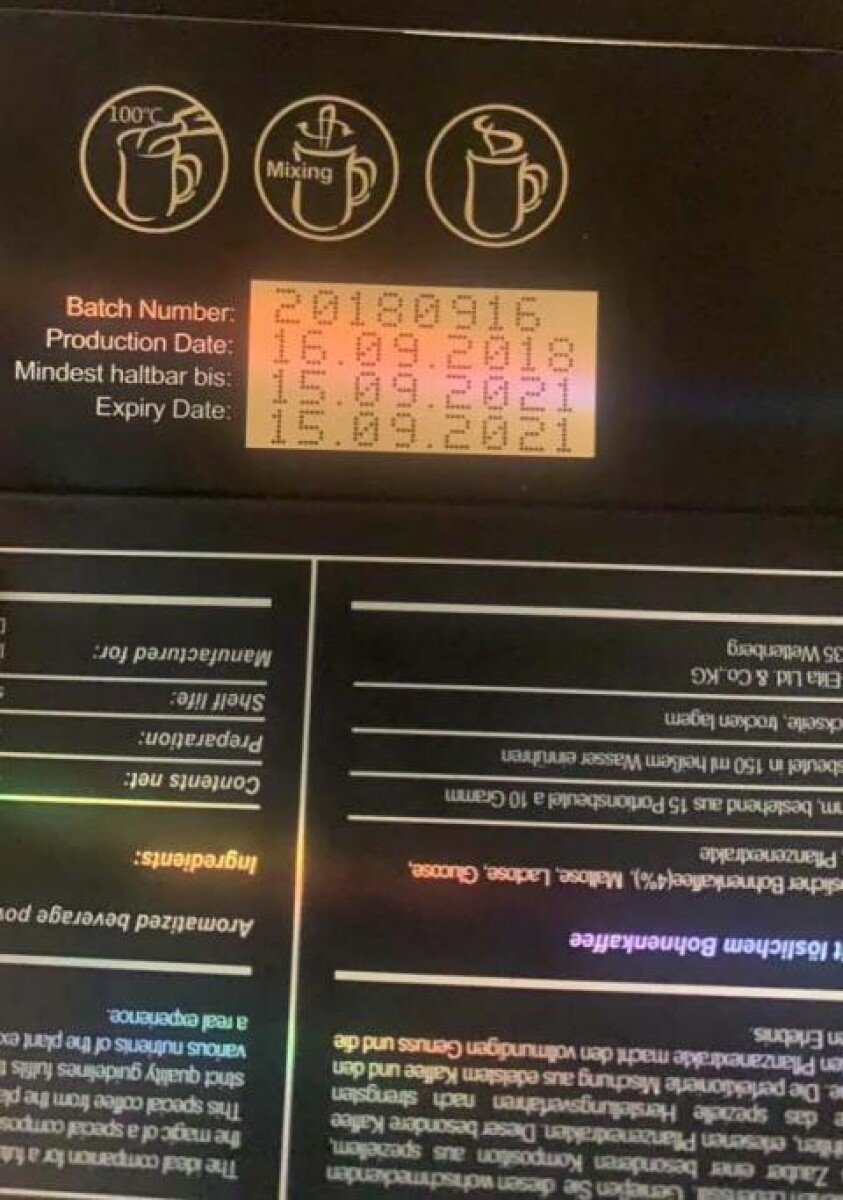 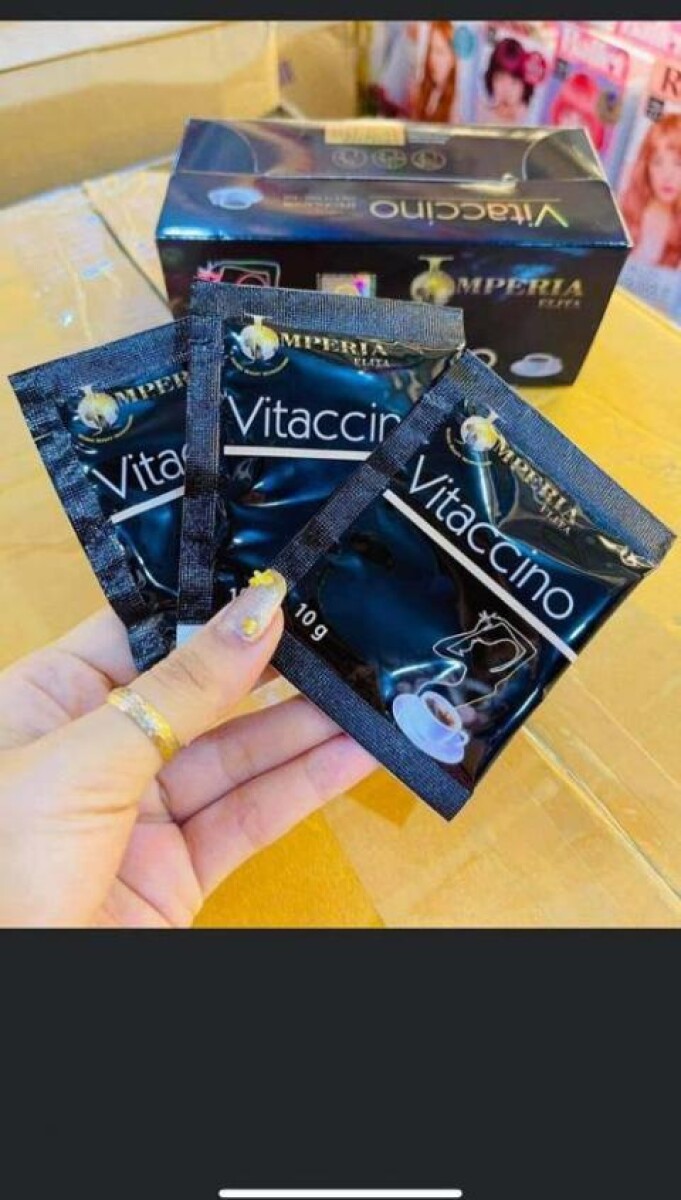 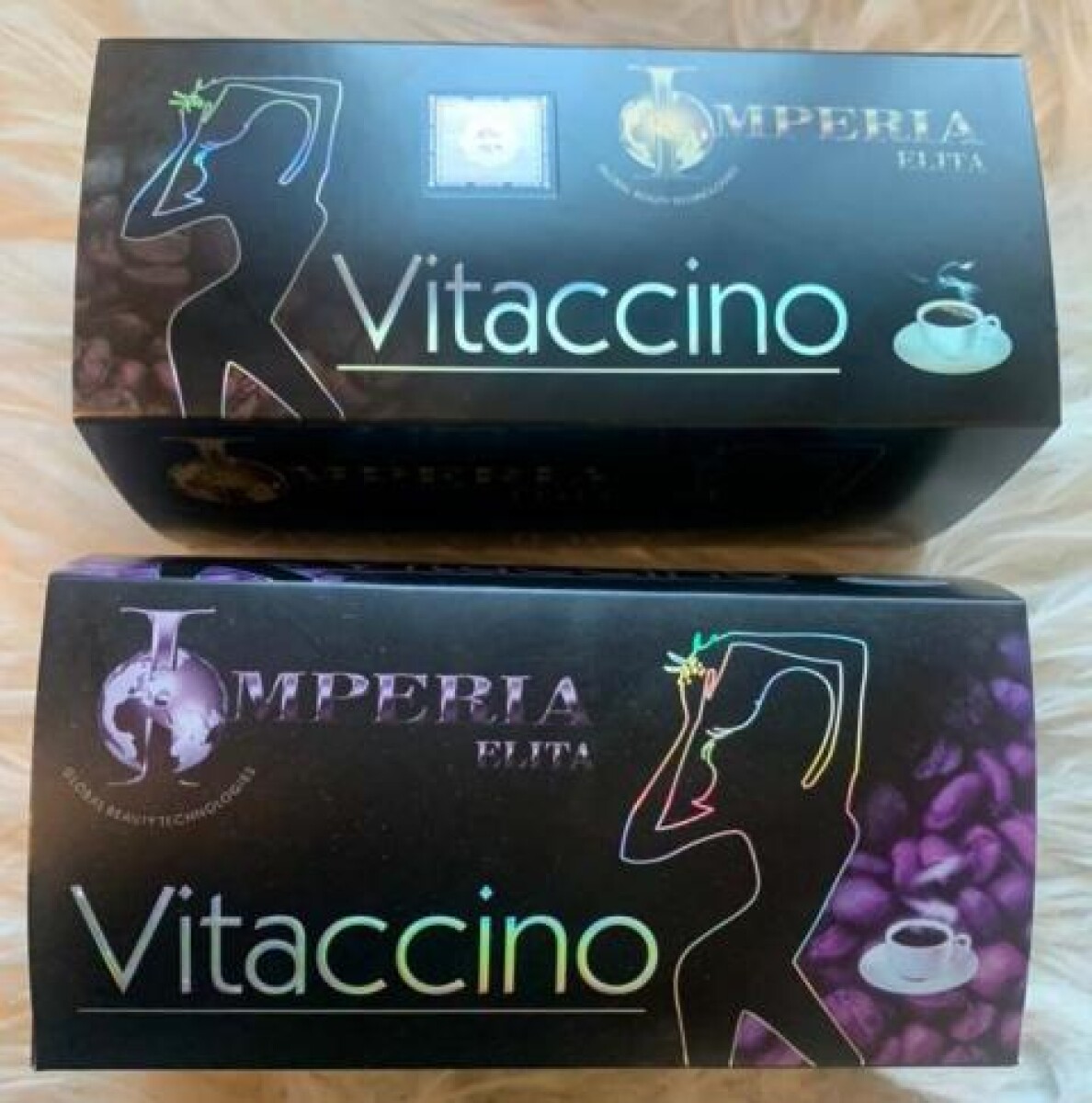 ““I purchased this Stihl chain saw on Feb 4, 2021 from Blackcass but to date all I received was a chain with grips. I would like my saw as ordered or a full refund and they pay for shipping. See Less”

“The same still saw scam as the other people on here. Same ad. It states $19.99 for that day and I ordered it. I also got the little manual wire saw. It said saw and accessories. It really hurts people on a fixed income. I hope they are proud of themselve See Less”

Risk Statement: Substantial methanol exposure can result in coma, seizures, permanent blindness, permanent damage to the central nervous system, or death. Although all persons using these products on their hands are at risk, young children who accidently ingest these products and adolescents and adults who drink these products as an alcohol (ethanol) substitute, are most at risk for methanol poisoning.

To date, Global Sanitizers has not received any reports of adverse events related to this recall. These products are used as hand sanitizers and marketed to help decrease bacteria on the skin when soap and water are not available. Medically Minded hand sanitizer is packaged in 8.5 oz / 250 ml clear bottles with caps with the following UPC 7675300359. The affected Medically Minded hand sanitizer lots include the following lot numbers and expiration dates E212020 & E082020 Best Buy of 5/21/2022. The product can be identified by the representative label below.

The hand sanitizer was distributed Nationwide in the USA to Wholesale companies who further distributed between July 2020 -August 2020. Global Sanitizers is notifying its distributors and customers by Email, Letter, Telephone & Press Release and is arranging for return of all recalled products. Consumers/distributors/retailers that have Medically Minded hand sanitizer product which is being recalled should stop using/return to place of purchase/discard/contact their doctor.

Consumers with questions regarding this recall can contact Global Sanitizers by calling 702.323.4402 or e-mail address recall@globalsanitizers.com Monday through Friday 9am-5pm pacific standard time. Consumers should contact their physician or healthcare provider if they have experienced any problems that may be related to taking or using this drug product. 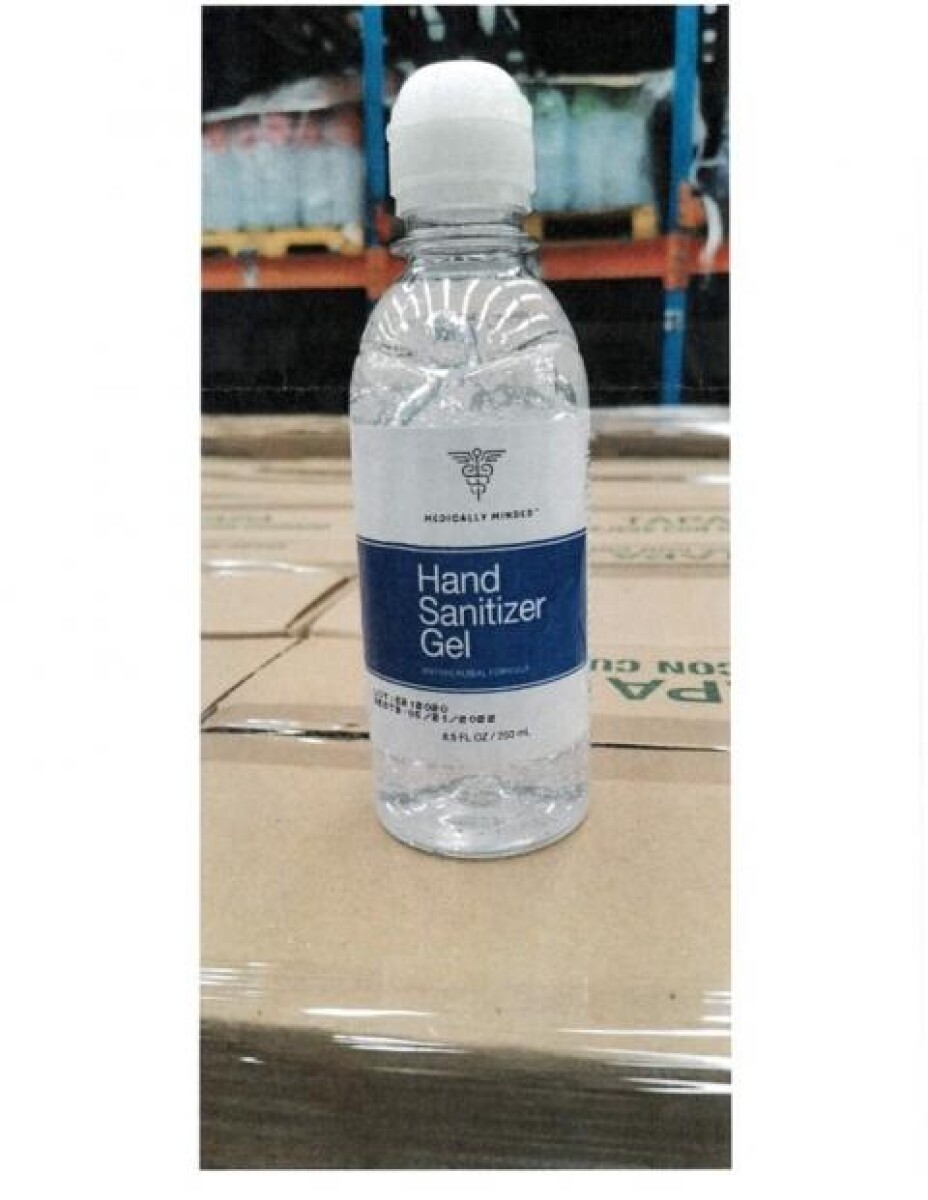 “Company name: Novo Nordisk
Brand name: Levemir, Tresiba, Fiasp, Novolog and Xultophy
Product recalled: Product Samples
Reason of the recall: Due to improper storage temperature conditions
FDA Recall date: May 10, 2021
Recall details: Novo Nordisk is voluntarily recalling 1,468 product samples... See Morelisted in the table below of Levemir®, Tresiba®, Fiasp®, Novolog® and Xultophy®, to the consumer level. These products are being recalled because they were stored at temperatures below storage requirements.

This recall only impacts product samples and does not impact product that has been broadly distributed to pharmacies or mail-order services. If product samples are exposed to temperatures below 32°F, it could cause a lack of efficacy and damage to the cartridge and pen-injectors. If product from an improperly stored vial, cartridge or pen-injector is used, there is a risk that you might not receive the right amount of medicine as intended which may lead to hyperglycemia or hypoglycemia resulting in adverse health consequences ranging from limited to life-threatening.

Novo Nordisk has not received any reports of serious adverse events or injuries related to this recall. These products are used to lower blood glucose levels in people with diabetes and are packaged in cartons with either a vial, pen-injector (FlexPen® or FlexTouch®) or a cartridge (PenFill®). A list of the affected lots can be found in the link below.

The product can be identified by looking for the batch number or lot number located on the product or carton and matching it to the list above. Novo Nordisk has notified all physician offices that received affected samples and requested all impacted samples be returned. Customers who received an affected sample through the physician’s office should have received a letter from their physician.

Adverse reactions or quality problems experienced with the use of this product may be reported to the FDA's MedWatch Adverse Event Reporting program either online, by regular mail or by fax. 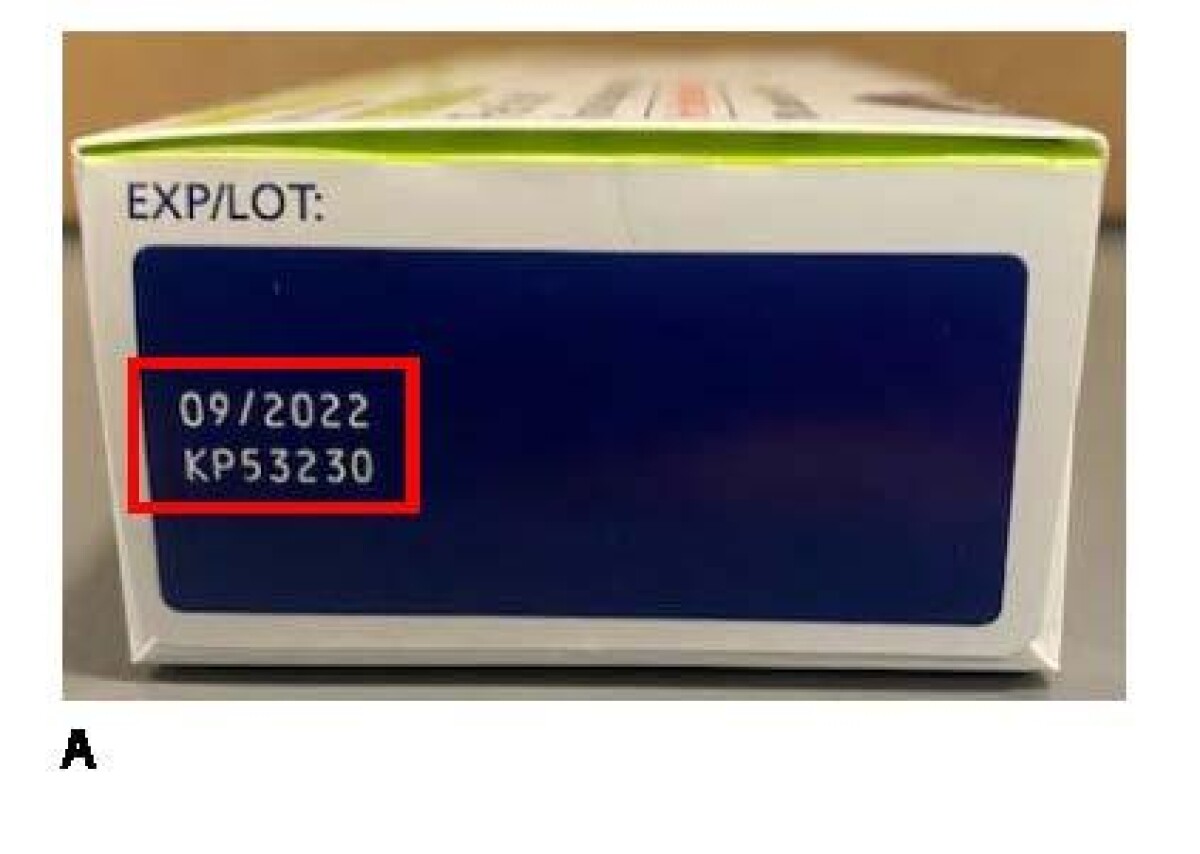 “We gave our dog the Dreambone Dino Chews on Sunday. On Tuesday we noticed he was wanting to go into his kennel and sleep. Tuesday evening he was acting odd with jerking movement, sticking his tongue out, oddly staring at the ceiling and refusing to drink water. We immediately took him to the vet whe... See Morere they induced vomiting, gave him antibiotics and an IV. He continued to not drink water in his own and show neurological behaviors that our vet said was focal seizures, lip-licking and star-gazing. The Dreambone treats were the only change in his diet. He would not drink water on his own for at least 3 days and he had focal seizures on and off for about 5 days. Do not give your dog any Petmatrix, Spectrum, or Dreambone product. They will poison your beloved pet. They package says they are made in China and when you google the company they are also made in Vietnam. See Less” 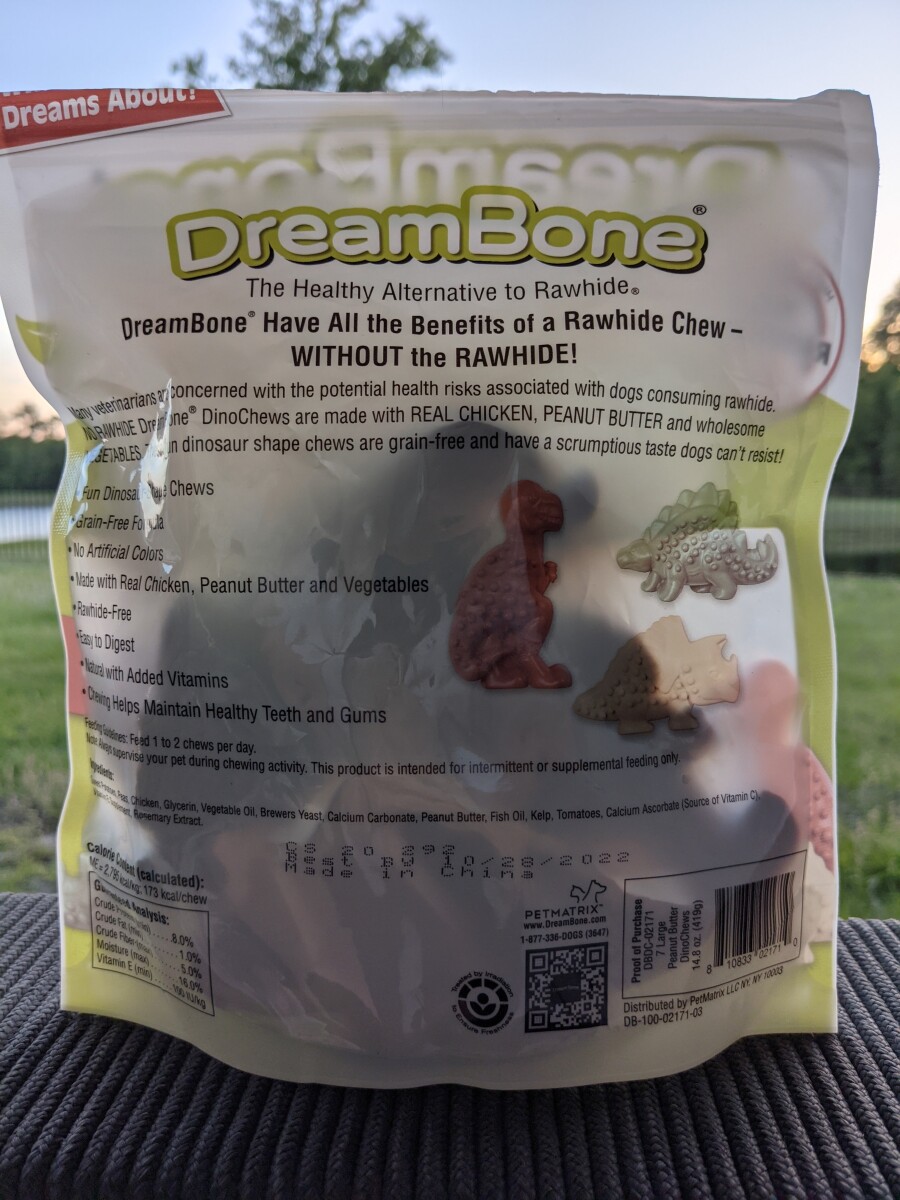 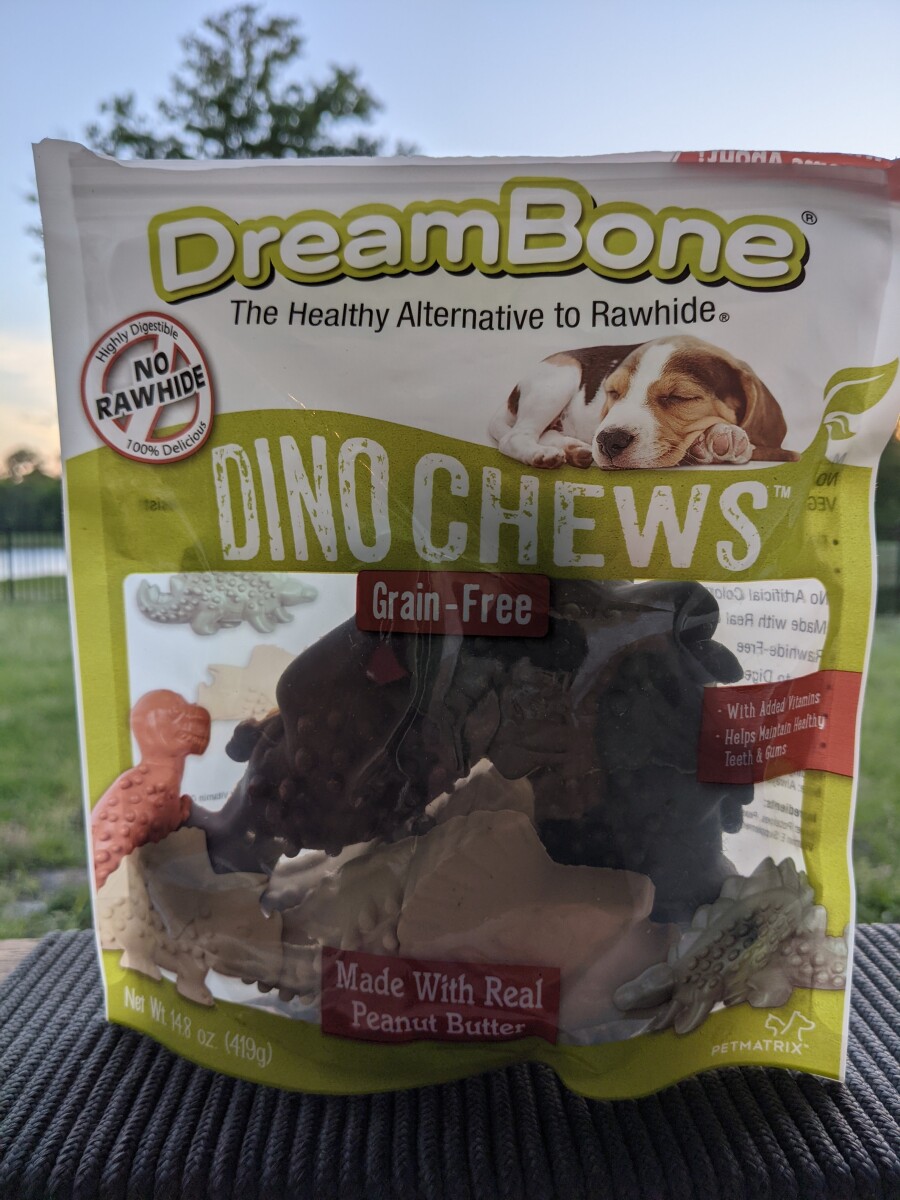 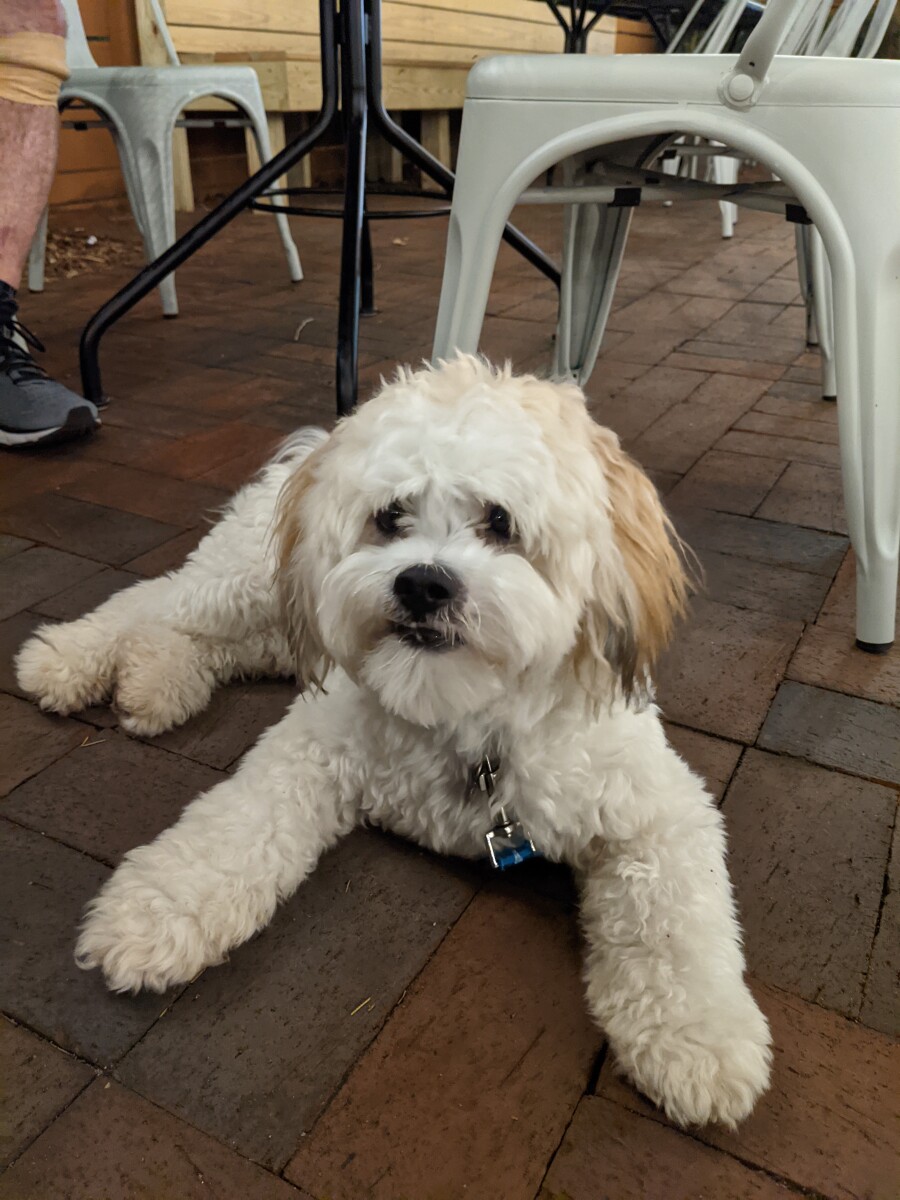